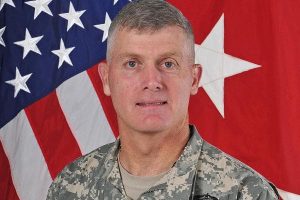 General Wayne W. Grigsby Jr. was demoted from Major General to Brigadier General for having an affair with another officer. He is the sixth such general in the last year to be demoted for such activity. Why? What about marriage infidelity would cause him to do his job less effectively? Why should anyone be demoted from their position? I think it’s an interesting question.

Don’t get me wrong, I think the army, or any employer, has the right to discipline their employees as they see fit as long as it doesn’t run afoul of the Constitution of the United States. However, I think it’s important to keep people who are good at their jobs in their positions even if they have human failings. We all have human failings. We all lie. We all make mistakes. In the military, there are potentially lives at stake. If Grigsby Jr. is an outstanding officer in every way, demoting him is detrimental to the military.

It’s also entirely possible Grigsby Jr.’s wife was perfectly happy for him to have affairs. It wouldn’t be the first marriage where such things were tolerated. It’s a well-known fact one of the finest generals in the history of the United States, Dwight Eisenhower, carried on a long-term affair with his secretary. Would the country have been served by firing or demoting Eisenhower?

To be fair, it’s certainly likely having an affair can cause real issues in a command. It’s entirely possible there was good reason to demote Grigsby Jr. Certainly the circumstances of this case seem to indicate the demotion might well have been justified. That his behavior was negatively affecting his ability to command. I’m just worried by the fact so many officers are getting removed from their position for this personal issue.

I guess what I’m saying is that I’d be more comfortable if the military stopped using having an affair as the excuse to demote officers. Let’s judge people by the job they are doing. If the officer has lost control of his command, demote her or him for that reason. If the affair is having a detrimental effect on the other soldiers, demote for that reason.

What concerns me more is that I consider it undeniable the military is quite aware other officers are having affairs and is not doing anything about it. This smacks of cronyism. The officers in good standing are allowed to have their affairs while those who fall out of favor are subject to a strict interpretation of the rule. Even if this isn’t happening, even if the military only moves to make changes when the affair becomes detrimental to the command of the unit; there is the appearance of impropriety.

When the military first demoted Grigsby Jr. they cited lack of confidence in his ability to control his command. Good enough for me. Why elaborate? Why have specific examples of behavior that will result in potential issues? Because then you have to be consistent. If you punish one officer for doing something, you must punish all who behave that way. At least if you want to be consistent.

The question should simply be if the officer doing a good job.

2 thoughts on “Why did General Grigsby Get Demoted for Having an Affair?”