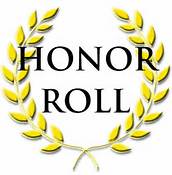 There’s an interesting story making the rounds that is the sort that inflames passions. A student in Pasco Middle School of Dade County in the Sunshine state of Florida got 4 A’s, 1 C, and 1 D on his report card which was good enough for a 3.1667 Grade Point Average.

The Pasco Middle School has the cutoff for honor roll students at 3.15, thus young Douglas Tillack received the honor. This apparently upset his mother who thought any student getting a D on their report card could hardly be called an honor student.

It is prominently mentioned early in the article that nearly 50% of all students at the school are on the honor roll. I expected there to be a firestorm of anger in the comments about the lowering of standards in U.S. school. Certainly the article prominently featured a woman with that complaint. There was some of that to be sure but I was surprised by how many people came to the same conclusion as did I. If the cutoff is at 3.15 and the score was 3.16 then he rightfully deserves a place on the honor roll.

If the system was that in addition to the 3.15 you could have no single grade lower than a B then Douglas would have been left off the list. We have to draw lines and it’s important to follow the rules.

I am in agreement with Mrs. Tillack in that the qualifications to be on the honor roll probably need to be increased. She was also upset that on his report card it was written, “Good job“. Upon her complaint this was changed to “Work on civics. Ask for help.” Civics apparently being the subject in which Douglas received a D. This is a reasonable outcome.

This story doesn’t really rouse my passions. I think Mrs. Tillack basically did the right thing except the interviews with the media. She went to the school board and asked for a change.

What I don’t like is the opportunistic outcry from people who think this is symptomatic of the lowering of our standards. Of the “feel good” movement to encourage kids even when they are doing poorly. I don’t see this case as such an example. In this case I see a School Board, duly elected by voters, who decided what was going to qualify a student for the honor roll. I see them following the rules they set out.

If the people of that school district don’t like the qualification being at 3.15 or at including students with D’s and F’s then they have recourse. They vote for the School Board members. They can petition them to change the rules.

Don’t go to the media and air your complaints. Don’t use it as an excuse to attack ideology with which you disagree. It’s your school district and your rules that allowed it to happen. Get out there and make change!