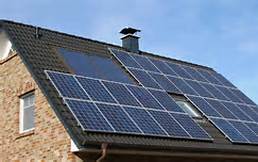 5 thoughts on “Increased Fees for Solar Panel Homes in Arizona”