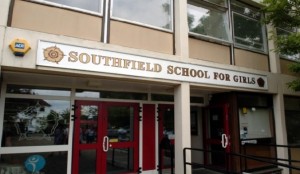 There’s a fascinating story making the news in England involving a drama teacher named Michael Diggle who has been fired for asking two female students to take off their bras in order to apply body make-up and take pictures.

It sounds like an easy decision to make but I don’t think so and I’m going to tell you why. I suspect a lot of people are going to disagree with me.

Diggle was a respected drama teacher and his students were practicing to perform a play called Crave. I’ve never seen it but it clearly involves some dark and sexual themes. He applied bruise make-up to one of the girls on her upper back and neck requiring she remove her bra. During this time he apparently commented on the girl’s figure. He also took sexy, or what is being called provocative, pictures of the girls because such photos are used in the play. Said pictures were used in the play. He did both of these things without supervision and while alone with the girls.

School administrators spoke with both of the girls in question and others in the play. All apparently describe Diggle as excellent at his job as Director of Creative Arts at Southfield School in Kettering. He is described by students as being devoted. He is the sort of teacher who apparently asks his students to stretch their ability and become better. His actions were determined not to be sexually motivated. He has a good history with the school and apparently no other disciplinary problems.

Another important factor, from my eyes at least, is that Diggle maintains he did nothing wrong. He merely wanted to help his students become better actors, to apply themselves in difficult ways. Being a great actor requires such ability and it seems clear to me that Diggle is the sort of teacher who helps young people reach their potential.

I’m not completely on Diggle’s side in this. He should have had other people present when applying the makeup and taking the photos; perhaps the parents of the girls or at least another adult. That being said I think firing him is totally inappropriate. He is the sort of person who should be teaching our children. He is clearly not frightened to take on difficult topics and forces his students into unfamiliar situations. This is something a great educator must do.

I’m not opposed to a reprimand or lesser punishment but does it help the children of Kettering to lose such a teacher or does it hurt them? Isn’t that the bottom line? Is a teacher effective? That’s the question. We all make mistakes and such draconian punishment ensures that those who are bold, those who take risks, those very people we want to motivate children are driven from the field of teaching. We are left with those who don’t take chances, who don’t ask tough questions, who go down the easiest path, and take their charges with them.

I understand the investigation but I don’t agree with the final decision. Others may disagree.