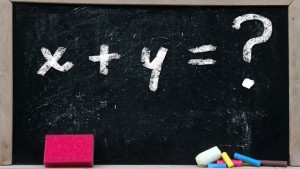 There’s an interesting story making the News of the Weird rounds and I think it’s worth discussing. A woman in India walked out of her arranged marriage when she determined that her potential husband did not meet minimal education standards.

For most of us in the Western world it seems impossible that a woman could not know the intelligence of her husband-to-be just a few short minutes before they were to be married but in India many marriages are arranged by the parents of the couple. In these sorts of marriages the parents pick an appropriate spouse and the two do not meet until the ceremony itself. There is no doubt, from a statistical perspective, that such marriages are more likely to succeed than are so-called autonomous marriages. Even in the United States small groups like the Amish practice arranged marriages and they result in far fewer divorces.

Divorce rate comparisons actually play a role in what I want to talk about today. The idea of an arranged marriage is that the parents of the two participants are slightly more level-headed than the bride and groom. Passions do not cloud judgment. The parents look at things like education level, social status, and general compatibility before other factors like physical attraction.

I find myself largely in agreement with the concept of an arranged marriage although the reality of it not so much. I  harbor no illusions that we here in the United States will suddenly embrace arranged marriages but I found the article interesting nevertheless. What I found most intriguing was the bride’s insistence on giving a mathematical test to her husband in the moments before the wedding. It’s clear she was concerned that her parents had been duped by the groom’s family. I was actually a little surprised by the simplicity of the question (What is 15 + 6) although I don’t know the education level of bride. I would have expected, if she were a college graduate, a more difficult question.

It also makes me wonder if perhaps this sort of duplicity is becoming more common in India, as the bride was clearly wary. I wouldn’t be surprised to find that, in the future, more arranged marriages require that the parents meet with the proposed spouse before making any agreements.

What struck me the most was the groom’s family lying on such a scale in order to gain a favorable marriage. It’s clear to me that the woman would likely never have been happy with such an uneducated man. In a culture where arranged marriages are the norm it is the responsibility of the parents to find the most likely match for their child. In this case the groom’s family failed him badly, as did the bride’s although that was because of lies told by their counterparts.

That’s a real shame. If your parents aren’t looking out for you, who will?

No profound revelations here today. I do applaud the bride’s diligence and adherence to Libertarian Principles. Always look out for yourself.

One thought on “On Arranged Marriages and Math Tests”