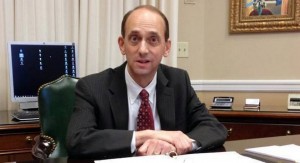 There a story that’s been ongoing here in my beloved home state of Missouri for the last few months ever since a man named Tom Schweich committed suicide in the early stages of a nasty political campaign.

Former senator John Danforth gave a moving eulogy for his friend in which he laid the blame squarely on the vicious attacks that are now regular fare in a primary campaign and general election. There is no doubt attack ads are on the rise and the vast sums of money from anonymous sources have contributed to this rise.

I’ve talked about all that in the past. What I want to talk about today was the tone of the comments section in the article. I’m sure you can guess. It was one political attack after the next. Name calling? Check. Character assassination? Check. Lies? Check? Straw Person arguments? Check. It only took a few minutes perusal to see almost every comment decrying the death of Schweich was actually perpetuating the very thing they were supposedly arguing against.

Why is there so much vitriol and hate in U.S. politics? Because there is so much vitriol and hate in the hearts of the citizens of this country. The people of this nation are filled with fear of the other party and this leads them inevitably to rage. It leads them to childish name calling. It leads them to think their very lives are in grave danger if the person from the other party gets elected.

Most disturbingly, candidates and activists from both parties immediately began to look for ways to capitalize on the suicide to advance their own chances in the next election. Nauseating.

The good, decent words of John Danforth? It’s as if no one heard them.