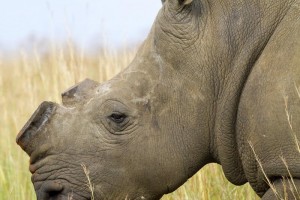 A South African court ruled on Nov 26, 2015 that a legal market for Rhinoceros horns can be implemented. Until that ruling a moratorium placed by the South African government prevented the legal sale of the horns.

Naturally those interested in saving Rhinos are horrified by this ruling. They are misguided although well-meaning. Let me explain.

The reality to this awful situation gives us an excellent opportunity to examine the nature and effectiveness of government in attempting to control human behavior through legislation.

There is a large demand for the horns, primarily in Vietnam and China where they are considered useful as a medicinal product. A single horn can sell for as much as $250,000.

The ban was implemented as prices for the horns started to rise and poachers began to kill more and more of the animals. The idea being that demand would diminish if it was illegal to sell horns. Naturally this failed. I need not explain that making something illegal does not remove the market for that product. It is self-evident.

After the ban came into effect poaching rose quickly with the number of animals killed growing larger each year. I think it can be argued that, with or without the banning, the market would have grown. That being said, it’s clear that banning the sale of rhino horns has done nothing to slow the slaughter of the animals and might well have increased the pace. It drove the market directly into the hands of criminals.

The new legislation will allow the legal sale of the horns. I’m not convinced that will save the animals because of the extremely limited nature of the supply and the massive level of demand. Even if a few hundred horns are legally harvested each year that will not fulfill demand. But at least it’s recognizing the reality of the situation. The ban makes us feel good. It gives us the illusion that we’re doing something to help. I’m opposed to such sugar-pills. I don’t want to feel good while rhinos are driven to extinction in South Africa as they were in Vietnam. I want to help save rhinos!

The only viable solution is to harvest horns from living animals. Sell them on a legal market. License hunts of aging animals. This will raise money which will, hopefully, be used to help protect the rhinos. Even that’s not guaranteed. When millions of dollars are at stake the unscrupulous are always attracted to it.

A market might arise for rhino bones. Who can say?

The point is that the original ban had no chance of working, just as banning alcohol or marijuana simply drives the suppliers into becoming illegal operatives.

My larger point is that we should not applaud useless solutions simply because they make us feel good. We should not cheer nice sounding ideas that are completely impossible to implement, will most certainly not return any of the results promised, and will likely make the original issue worse.

Politicians love to offer useless platitudes and ineffective solutions with absolute certitude of conviction. If we cheer and vote for such politicians, well, we deserve what we get. Bigger problems.