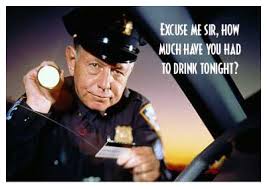 The National Transportation Safety Board recently recommended that the drunk driving limit be reduced from .08% to .05% in order to save lives. When I first heard about this I scoffed at the idea as a further example of the nanny-state of our country. But, I wanted to be fair so I started to look up some numbers.

The NTSB makes their recommendation largely on the idea that a number of European countries reduced their own legal limit to .05% and saw a reduction in drunk driving fatalities. The board certainly implies, but does not state explicitly, that the reduction in fatalities is related to the new laws. The reality is that in recent years the number of fatal crashes has declined across the board, largely because of huge strides in vehicle safety systems. The total number of accidents, fatal or not, has stayed relatively stable over the years.

Also, the number of fatal car accidents related to alcohol is highly skewed towards very drunk, or hardcore drunk, drivers. Drivers with a blood alcohol content above .15% cause 70% of fatal accidents and the curve follows a predictable path. As blood alcohol rate goes down, increasingly fewer accidents occur.

I think it’s safe to say that such a reduction will result in lives being saved but that reduction will be limited in effect. Drunk driving accidents caused by drivers between .05% and .08% are small in number. There is a reasonable argument that it’s worth it even if one life is saved. The question then becomes what are we giving up if we reduce the limit?

Depending on the weight of the person; a relatively small amount of alcohol will produce a blood alcohol content between .05% and .08%. For people of smaller stature this can be as little as a single drink. But, should people be driving at all if they are impaired? Even if by only a single drink as it is clear that such impairment does indeed cause accidents and cost lives?

All right, I’ve examined the facts and made points in both directions and now it’s time for me to state my opinion. It seems clear that lowering the legal limit of blood alcohol content necessary to operate a motor vehicle will produce a small decrease in traffic fatalities. It is also clear that as citizens we enjoy certain freedoms and the vast majority of people drink moderately and drive safely. That laws designed to reduce fatalities will inordinately effect such people.

I think every state has a right to make it illegal to drive under whatever level of intoxication they choose. Drinking and driving, even in small amounts, is not a constitutionally guaranteed right. I also think lowering the limit to .05% is largely pointless. I do think that advancements in car safety will largely eliminate the need for this entire argument. Cars will continue to be safer as collision avoidance systems develop.

Frankly, I eagerly await the day when my car drives itself and all I have to do is get in and tell it where to go. Then fatal accidents, drunken or not, will drop to almost nothing and we can eliminate all laws having to do with drunk driving as they become obsolete  We can also get the police back to the job of stopping crime and hospitals back to the job of helping the sick instead of spending billions on emergency room care for the uninsured who get in car accidents.

But in the end I must come to a decision. I decide that reducing the rate to .05% is unreasonable. That the safety engendered by such a move does not rise to the level of the loss of freedom that it entails. What do you think?

Tom Liberman
Sword and Sorcery fantasy with a Libertarian Twist
Current Release: The Sword of Water (300 pages of awesome adventure for $2.99)
Next Release: The Spear of the Hunt