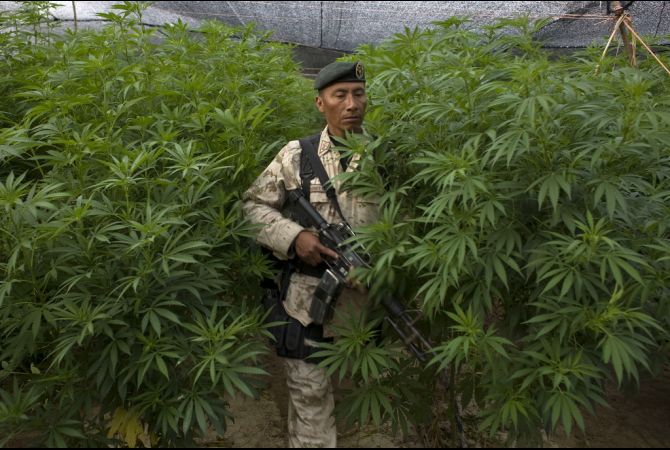 I didn’t know if I should post this article under stupid and/or misleading headlines or just express my outrage in general. It’s one of the most irrational pieces of nonsense I’ve read in … well … days. (I read a lot of nonsense trying to find something to blog about)

Oh no! I’m so very, very frightened now. We must not legalize marijuana for it will be very, very dangerous for me!

Here’s the insane rational for this argument. Marijuana, according to the article, generates about $1.425 billion in annual revenue for Mexican drug cartels. Because of this loss of revenue the cartels will have to resort to other criminal activities. Thus there will be an increase in crime!

The article goes on to discuss how the Mexican drug cartels are terrorizing citizens, carrying out large-scale ransom based kidnappings, extorting legitimate businesses, running prostitution rings, smuggling migrants into the United States, exporting harder drugs, smuggling cigarettes, stealing gas, stealing solvents, and not making poopy in the potty! (Okay, I made that last one up).

All this is true. The drug cartels are doing this thanks in part to the $1.425 billion that marijuana smoking Americans send them! The article suggests, in no uncertain terms, that we should continue to send them this bribe so that they don’t increase their criminal activity. Are you kidding me?

I’ve got news for you, they are already engaged in violent crime! Cutting off their funding is a good thing! They aren’t going to stop committing crime because they’ve got too much money. They are constantly looking for new revenue streams. Giving them $1.425 billion less to finance their operations is … wait for it … a good thing!

The article goes on to lament that conservative groups haven’t banded together strongly enough to try to prevent the decriminalization of marijuana. Don’t get me started on the hypocrisy of supposed small government conservatives and the DEA.

This article is fear mongering at a level of ridiculousness that makes me want to laugh and weep at the same moment.

Happily, judging by the outrage in the comments below the article I’m guessing this argument is not swaying many people. So, at least we’ve got that.