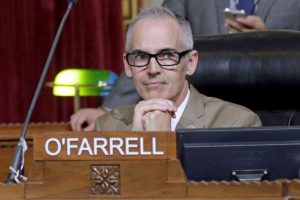 Ah, the familiar refrain of politicians explaining why they want to take away our freedom. It’s so the children will be safe. It’s all for the children. Chirp, chirp, chirp.

The city of Los Angeles is considering banning adults without children from playgrounds.

Ok, first the real reason for the ban. They want an excuse to roust homeless people. But that’s beside the point. Let’s pretend that the city does want to actually protect children. Why is this potential law so egregious?

What good will it do? Are children actually kidnapped and attacked while they are in playgrounds? I don’t think I’ve ever heard of such a case in my life but that doesn’t mean it is impossible. The vast majority of child kidnappings are perpetrated by relatives, the very people who would have every right to be at the playground. So, not much help either way.

What harm will it do? It will prevent me from walking through parks in my area. Back when I was playing Pokémon Go I was walking around quite a bit and I still like to walk rather than drive when feasible. I walk through parks and playgrounds at times. Lots of people go to the bathroom and drink from water fountains located in such locations. Several men were given citations in New York for playing chess at a table designed specifically for that purpose.

So the law will do nothing to make playgrounds safer and will be a minor inconvenience to park visitors. What’s the big deal?

Freedom is the big deal. Damn it. Pardon my language. But people, freedom.

Every little bit of ridiculous authority we cede to the state in the name of false safety is another step we take toward tyranny.

It’s my freedom that you’re taking with your misguided laws. I’m a single guy and I sometimes like to take walks. Is it a lot freedom? No. But even at that it’s too much. Too much!

Say no to the Mitch Farrell’s of the world.

It’s easy to give away someone else’s freedom for the illusion of safety. Don’t do it.