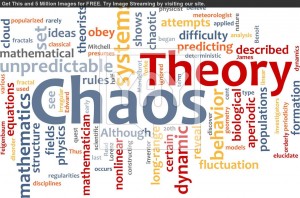 Now that I’ve joined a public Libertarian community I find myself in debates with Anarchists.

As I’ve stated before; I’m of the opinion the choice is not between Government and Non-Government but between limited government and a totalitarian state. That Anarchy inevitably falls to a Cult of Personality and eventually a dictatorship.

Today I use an Unmoderated Internet Forum to illustrate my point.

How many of you have used a Forum, Discussion List, or other group communication tool? I would say if you’re reading this blog, the odds are pretty good that you’ve done it.

I remember when my mother was fervently protesting against the US – Iraq war of 2003. She eagerly told me about this exciting Discussion List where those of a like-mind could express their thoughts and read everyone else’s.

Of course not, she replied. They are dedicated to a just cause. They are good folks.

It took her about three months to abandon the list. She came to me sheepishly, head hanging, and asked how she could remove her name from the list so as to not receive thousands of ranting and largely insane emails each day.

I use the above example not to denigrate those passionate about the wrongness of that particular war. I agree with them. The war was a disaster. I use it to illustrate that when you get enough people together in an unmoderated forum, the nut-jobs drive out everyone capable of rational thought. They post fifty times more than anyone else. They dominate the board with the insane ravings. Decent people who are dedicated to the cause flee leaving only madness behind.

My anarchist friends, I believe in your passion. I think your hearts are true, but if you get your way you’ll end up like Robespierre.

When the gathering is small enough, before it attracts the madness that lurks in this world, things seem not so bad. Anything is possible.

Let everyone speak, we’re all adults here, what can go wrong?

Guillotines is what can go wrong!

This world in which live? An unmoderated forum.