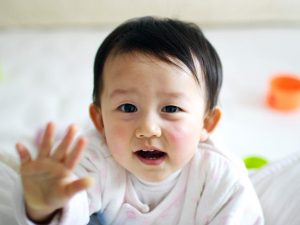 China has come a long way toward embracing capitalism but, make no mistake about it, they still harbor many of the ideologies of a totalitarian state. This became evident when authorities restricted baby names in the Xinjiang region.

I think it’s important to understand the thinking that led to this ridiculous law. The region is largely populated by Muslims. Muslims are responsible for a great deal of the terrorism that occurs in the world. The leaders of China are rightly concerned the people of this region might commit horrific acts of violence and kill innocents. Certain baby names are associated with terrorism. Arafat, Muhammad, and Jihad among them.

Their solution is to forbid parents from giving their children such names. They think by removing the name, they are removing the idea from peoples’ heads. This is, naturally, utter nonsense. When we restrict the rights and freedoms of people, we only encourage them to become violent. By and large people are terrorists because they feel crushed by an oppressive government that gives them no other options.

The freer a people are to influence their government, they less likely they are to commit acts of terrorism. Why risk your life or hurt others when all you have to do is organize a vote and take over the government?

This peaceful transition of power is possibly the most important factor in creating a stable government. When President Obama takes over for President Bush, when President Trump takes over for Obama, sure, people wail and moan but it is done at the voting booth, not at the point of a gun. When Republicans lost power in 2008 they simply went about trying to win it back. Now that Democrats are out of power they are working hard to regain it; it’s almost certain at some point in the future they will.

In the United States, there are very few restrictions on baby names and these are associated with practicality. Babies can’t have numerical names, babies can’t have names over a certain number of characters, there are some restriction on various non-alpha characters. There are some obscenity bans but those probably wouldn’t hold up to a court review.

The reason I spend all this time illustrating the difference between the way the United States handles the authority of a parent to name their child as opposed to China is to illustrate the difference between a state of mind. In China, the leaders maintain an authoritarian position. They think because they want something to be, they can make laws and it will be so. This is, of course, delusional.

In the United States, we have a history of personal freedom and independence. Our politicians might want to prevent someone from naming their child Jesus Christ or Adolph Hitler. They might find those names sacrilegious or tastelessly disgusting; but they don’t pass laws preventing it because they realize we wouldn’t stand for it. We have a strong judiciary that will check any such impulses from politicians no matter how popular such initiatives might be.

Do not let these facts deter you from thinking people like those in China do not exist here in the United States. There are people out there plotting to pass laws trying to force you to lead the life they think acceptable. There are all sorts of ridiculous laws already out there. In some places in our great nation you can’t wear baggy pants without violating the law. There are laws about how you can engage in sexual gratification with another consenting adult in almost every state. Many places restrict when you can drink and most places ban putting particular chemicals into your body.

When China goes about banning a particular baby name they do it for a reason. They rationalize their law in many ways. They convince the population that doing so will make the people safer. They believe by controlling how other people think and act they make the world a better place. Such laws do exactly the opposite. They create criminals, they engender violence and terrorism, and they stomp upon freedom.

When you learn of a law being proposed that matches with your ethical or moral compass; think twice before throwing your support behind it. If you can force your way of life on someone else, they can do the same to you once they gain control.