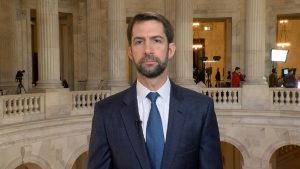 Senators Tom Cotton and David Perdue don’t like competition. Spin it how you will but this Libertarian will not stand silent. They are wrong and somebody needs to tell them. I think I’m the guy!

The situation is relatively simple. With the election of Donald Trump a wave of Protectionist policies have swept through Congress. Cotton and Perdue want to limit the number of immigrants coming into this country annually from one million to half that. Why?

In their words: Cotton said his goal was to stop competition that lowers wages for workers without high school or college degrees. “Unless we reverse this trend, we are going to create a near-permanent underclass for whom the American dream is always just out of reach,”

Because reducing competition always makes things better, right, Senators? That’s the American way or at least the modern American way. Reduce competition by making laws that benefit one group over another.

They aren’t even apologizing for it. Making up some wild story to excuse it. Nope, we want to eliminate competition so United States citizens who can’t hold down a decent job have a better chance to do so. And the comments section is filled with cheers. Yay! Let’s keep those dirty foreigners from stealing our jobs.

Perhaps they wouldn’t take your jobs if you were willing to work harder but I guess that’s a mantra from bygone days. Yes, the jobs that immigrants do suck and don’t pay a lot. They are hard. I wouldn’t want to do it so instead I work in IT making a nice salary doing things that are not back-breaking. Maybe rather than complaining that someone is stealing your job you should better yourself? Get an education. Work harder. Pull yourself up by your own bootstraps as we used to say around here.

Nope. Gone. See ya. How ’bout we get rid of the competition. That’s the sure-fire path to success, ain’t it, Senators Cotton and Perdue? Let’s Make America Great Again by getting rid of the people who do the job best. That’ll work.

It’s a bit disheartening to be a Libertarian these days. But I’m not giving up!