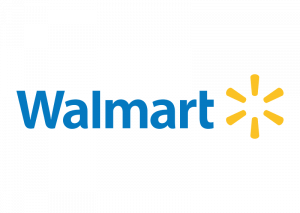 Recently Walmart decided to suspend a shoplifting deterrent program run by companies called Corrective Education Co. and Turning Point Justice after a number of complaints about the practice. In this program people who are caught shoplifting must pay around $450 to attend classes and avoid being turned over to the police.

What is all the commotion about? The basic idea is that Walmart experiences a fairly large number of shoplifting attempts over the course of a year. Executives decided to hire private companies that provide a day of counseling to offenders instead of relying on local police departments who generally make arrests and mete out fines. They only implement the policy where local law enforcement agencies agree to do so. The result has been a decrease in shoplifting and a corresponding savings in time and effort for local police forces who estimate that investigating such minor thefts costs about $2,000 per report. In addition, the person so accused doesn’t get a criminal record or have to deal with court costs which generally add up to far more than the fee being charged for the seminars. Seems like a win-win-win, right? Nope.

A number of people have complained and state authorities are upset as well, they call the practice extortion. If you are caught committing a crime you must pay a fee or risk imprisonment. When private companies like Walmart engage in such activity it is called extortion. When the state does the same thing, we call it business as usual. Basically, every time you commit a misdemeanor, and petty shoplifting generally falls into this category, the state asks you to pay a fine or go to jail for a period of time. Somehow this is perfectly reasonable but privately offering largely the same options along with practical help to avoid having to shoplift in the future is a crime. Makes you think, at least I hope it does.

Another consideration for municipalities is while law enforcement agents clearly save time not having to deal with minor shoplifting complaints, the local government has to pay their salary either way. If the officers are engaged in duties that don’t involve collecting fines from residents, that is a loss of revenue. It should go without saying that such officers should be spending most of their time investigating serious crimes rather than imposing fines on citizens for minor transgressions. That’s not the reality in which we live. From local to state to federal levels of government, a great deal of money comes from such fines. It has largely become the main revenue stream for many municipalities so it’s not surprising they might be alarmed by such activity.

I admit there are likely to be abuses in such a system run by a private company such as Walmart but I don’t think the abuses will amount to anything more than those already occurring in the state sponsored version of the same thing.

This is a perfect example of where private solutions are better than government. This answer offers the business a documented reduction in shoplifting, gives law enforcement officers greater time to spend on other endeavors, and largely helps the shoplifter because they avoid much more severe penalties.

Shouldn’t we be doing more of this sort of thing, not less?