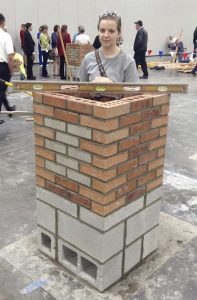 I just read an interesting story that is generating lots of outrage based on, in my opinion, a misleading headline.

A reading of the story indicates that Clifford actually finished in third place but was given the gold medal because of a transcribing error from the judge’s sheet to the spreadsheet which calculated finishes.

Clifford was not notified but instead the competitor who actually won was told. He then posted the news on his Facebook page and that is how Clifford found out.

The organization certainly failed in a number of ways. The transcribing error was unfortunate but mistakes happen. However, not notifying Clifford of the mistake and explaining in detail what happened was dead wrong. There’s no excuse for that. It’s rude and also gives the impression they are hiding something.

They owe Clifford a much better explanation and I see no reason why they shouldn’t invite her to the finals in any case. But the bottom line is this isn’t sexism, it’s a typo. That is if the explanation for what happened is true. I do think the lack of communication on the part of those who ran the competition has opened them to questions. They should provide the original judges scorecard and the faulty spreadsheet calculations.

Even with that I’m going to call this a misleading headline.

Also, good job, Shania! Keep up the hard work. Even if you don’t get to the finals you’re on your way.