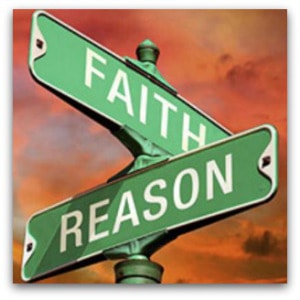 With the plethora of stories involving things along the lines of Flat Earth I’ve been thinking about why people are willing to believe certain things on faith while being much more pragmatic in other areas of their life. For example, the belief in alien visitors is, so far, a faith-based ideology. Whereas the belief in the chair you are sitting in is based on strong physical evidence.

I understand people make what they think are rational arguments for a Flat Earth, Pizzagate, Aliens, and many other theories; but the evidence for these things is universally lacking. Those same people would look at you quite askance should you tell them there was a comfortable chair ready for them to plop down into right behind them. They would look for said chair and confirm visually that it did exist. They might reach their hand or foot through the area to confirm nothing was actually there. They would then dismiss your assertion and refuse to sit.

Why are people much more likely to believe fanciful accounts of a Flat Earth but universally unwilling to believe something about a simple object in front of them? I believe the answer is the immediacy of the consequence associated with the belief. A more immediate and greater penalty for the belief inevitably leads to a sounder thought process.

Should you believe the person claiming the chair is actually there and sit down, you face a rather painful and embarrassing fall. Should you believe the Earth is flat you risk no physical harm although you might face some ridicule. Many enjoy the ridicule. They enjoy coming up with improbable or impossible arguments to prove the attacks of September 11th against the World Trade Center and other targets were actually orchestrated by some conspiracy minded organization aside from the actual perpetrators. Such improbable beliefs actually set them out and give them a sense of individuality. They actually feel smarter and better about themselves for refusing to be fooled, even though they are actually quite stupid.

Belief in such things entails no immediate risk. Belief that aliens are secretly directing our actions doesn’t really change your life in any tangible way. You still go about your daily business in pretty much the same way you would if the notion was false. There is no immediate punishment for such beliefs.

However, if someone tells you that the car you are planning on purchasing is a fantastic car, most people will not accept this advice. They will do some research to make certain the automobile meets their desired needs. The same goes for any major purchase. The more money you are planning on spending the more likely it is you will spend time in pragmatic research to ensure the product is exactly what you need.

Many people are happy to spend a few dollars on a product advertised as a miracle drug without much thought. Scam artists rely on this facet of human nature. Imagine a group of 100 people was asked to spend five dollars on a product that guaranteed fresh breath. I would guess at least half would do so. However, if the same product was offered for five hundred dollars I suspect only a few people would be willing to make the outlay.

Where do you think you fit in on this scale of faith? I would guess most people, myself included, consider themselves pragmatic thinkers requiring good evidence. I think most people would be wrong.