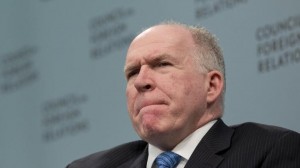 Some months ago Senator Dianne Feinstein of California accused the CIA of spying on committee members conducting the investigation into CIA torture tactics against prisoners. The Director of the CIA denied the spying. It now turns out she was right and I’m disgusted although completely unsurprised.

The White House is finally set to release the information from that report although it is likely much will be redacted. We know, from pictures, that agents of our country, be they soldiers or intelligence operatives brutally tortured people who were at their mercy. The spin on this issue was so disgusting that a number of my friends argued that torture was a good thing. They thought we should be torturing people. My friends argued that torturing was a good and useful thing. That it was right to take someone who was completely at your mercy and physically and mentally torture them to get information they may or may not have.

Now we find out that the CIA spied on and impeded the investigation into the Senate’s investigation of this torture. That the director of the CIA lied in interview after interview about what they did and did not do.

During my debates on torture with friends I had a very intelligence and capable friend ask me if I would torture a prisoner if he knew where a nuclear bomb was placed that was set to go off in one hour. I told him no. He was astonished. Would you? What would be the outcome? Think about it for a second because a five year old knows the answer.

But I’m digressing into a lecture on why torture is bad and I refuse to be drawn more deeply into that debate. To torture someone over whom you hold absolute power is evil and wrong. That’s it.

We’re all aware that government agencies are spying on our phone conversations and email activity. People like to credit Edward Snowden with passing along that information but it’s been readily known since our Legislative, Judicial, and Executive Branches passed and allowed to stand various parts of the so-called Patriot Act. How I despise that name. How about the Pretend Feel-Good Name to justify the Taking Away of Our Constitutional Rights Act?

What did Senator Feinstein think was going to happen when she and her colleagues broadened the spying powers of the FBI and the CIA? That it would only go so far? That giving these agencies more power to spy on citizens without recourse would stop where she wanted it to stop? That the Director of the CIA would show good sense with barely a morsel of oversight?

Freedom isn’t safe. We give up Freedom for security. I give up the right to drive how I want and ignore traffic signs because that modicum of freedom isn’t worth the danger it entails. We’ve gotten to the point where we’d rather kill, torture, spy, and repress not just our enemies but even our own citizens for ever decreasing slivers of safety.