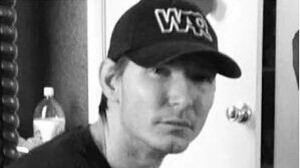 A fellow by the name of Joe Wilcox was shot and killed Sunday afternoon when he attempted to stop a maniac at Walmart. He wasn’t afraid and it cost him his life. Fear is an overwhelming force in our lives these days but somehow Mr. Wilcox managed to overcome our politicians telling us to be afraid and the talking heads on the news whose primary message is fear.

When the politician of your chosen political party tells you that those on the other side of the political aisle are destroying your country they are promulgating fear. When the talking heads on the news stations warn you of the evil that will be done if someone from the other side is elected they are promulgating fear. Fear and more fear. That’s all I see on politics. That’s all I hear from friends and colleagues. Those evil Republican/Democrats are trying to turn American into a Tyrannical government ruled by the rich/lazy. I see fear oozing out of almost every Facebook post I read. I hear fear in conversation next to me when I’m riding the stationary at the gym. It’s everywhere. It’s prevalent. It’s what the powers that be desire. It’s what they scheme to bring about, a mass of frightened people who outnumber the brave. When that happens were all in serious trouble.

A while ago I finished my fourth novel, The Sword of Water. That’s a novel all about fear. It’s about how evil uses fear to try and have us give up our freedom, to convince us to hate our neighbors, and to drive us into giving them more power. It’s a novel in which a young girl named Silenia has two guiding influences. One who promulgates fear and the other who is the embodiment of courage.

When I was reading about the life of Mr. Wilcox I thought of Silenia and her fear and courage. The decision she has to make in my novel is not that different than the one Mr. Wilcox made. You’ll have to buy the novel to find out what happens to Silenia but we know what happened to Mr. Wilcox.

He chose to ignore fear and stepped up to battle violence and insane rage. While Mr. Wilcox may have died his spirit lives on. We must stop being afraid. We must stop hating each other. I’ve been all over this great country. I’ve made friends with small-town conservatives in Idaho and rural Missouri. I’ve made friends with big-city liberals in San Francisco and St. Louis. They have a lot in common. They want to do their jobs, make a little money, raise their children, and enjoy their lives.

You know who wasn’t brave? You know who lived in fear? The miserable bastards that killed Mr. Wilcox and two police officers. They let fear rule their lives. They were so afraid they decided they had to start killing people in order to save themselves. That’s fear. That’s abject, total fear. It’s not brave to walk into a restaurant and shoot people sitting at a table. Those who defend such deeds are frightened little children.

Don’t let fear rule your life and your decisions. Be brave.