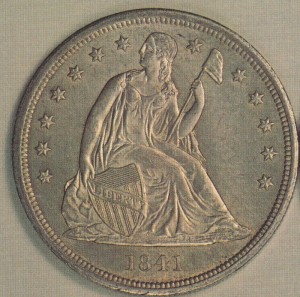 There’s been a story making the rounds for the last six months involving replacing Alexander Hamilton’s image on the $10 bill with that of a woman.

I’m in full agreement with removing Hamilton’s image but probably not for the reasons you think.

Hamilton was a great man and deserves to be honored as one of the most important figures in the founding of our nation. So was Andrew Jackson whose face is on the $20 bill. Many want Jackson removed, instead of Hamilton, because during Jackson’s presidency he was largely responsible for the forced immigration of the Native American population. George Washington was probably the man most instrumental in the creation of the United States, I’m all for honoring him despite the fact that he was a slave owner for his entire adult life.

All people who accomplish great things are merely mortals. As such they did things most of us would consider reprehensible. Ulysses Grant issued the infamous General Order 11. Franklin Roosevelt incarcerated innocent Japanese Americans during World War II. John Adams issued the Alien and Sedition Acts.

I do not think such are good reason for their names to be removed from buildings, currency, monuments, or any other such place. Despite their flaws and bad decisions their deeds helped to make this country what it is. They sacrificed much and deserve our honor, but also our honest assessment of their mistakes.

None of this is pertinent to my discussion today. Why, you might ask, do I want Hamilton removed from the $10 bill?

I’m of the opinion that the United States of America is a nation built upon ideas, upon an ideology that transcends the flaws of people. It’s those ideas we should enshrine on our currency. Liberty, Freedom, Self-Government, a Nation for the People and by the People.

The first set of coins issued by the United States back in 1792 were quite simple. There was a picture of the Goddess Liberty on the front and a bald eagle on the back. After that came the Draped Bust followed by the Capped Bust. It wasn’t until 1909 that the image of a living person appeared on any U.S. Currency with the introduction of the Lincoln Penny.

Eventually physical currency will make way for digital and that will be that, but until then I say get rid of them all!

All people are flawed but the ideas of Freedom, of Liberty, and of Pursuing Happiness are not.