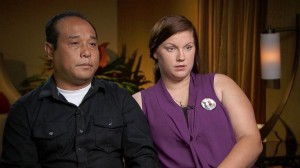 I wrote a post back in December of 2014 about the case of baby Bou-Bou.

As far as I know things are wrapped up now with this final story.

You can go back and read all the details but I’ll summarize quickly.

The police in Georgia had a drug informant. He had a friend. The friend lied about making a small drug purchase in a house in which a meth dealer he knew lived. In reality, the dealer had moved out months before and relatives, with small children, had temporarily moved in.

Officer Nikki Autry wrote out a request for a warrant that stated the informant had purchased the drugs and seen weapons in the house. Both of these statements were known to Autry to be false. Autry did not know that the informant’s friend was also lying about the entire episode.

Judge James Butterworth issued a no-knock warrant. The police did no surveillance, broke down the door, and threw a flash-bang grenade into the room where it landed in a baby’s crib severely burning the 19-month. His flesh was burned down to bone.

When details of the case became known Butterworth immediately retired. Autry left her job as well. The state of Georgia protects law enforcement officers from the damage they do in such raids. A lawsuit was filed although it had no chance of success. The state felt remorse, as well they should, and paid out less than the cost of medical bills for the child though by law they faced no penalties. The family had to accept the proffered settlement or get nothing.

This final blog is about the conclusion of the case against Autry for providing false information on a warrant which, after much publicity, Autry was eventually charged with doing. Well, I should say she didn’t do because she’s been acquitted of all charges despite admitting that some of the information in the warrant was “not entirely inaccurate”.

Now I’ll spend a few seconds on some information that turned out to be wrong from my earlier posts. I passed along the inaccurate information that Autry was a DEA agent. She was a sheriff’s deputy. I also wrote that no charges had been filed, which was true at the time but proved false as charges were eventually filed against Autry.

The end. Go on about your lives.