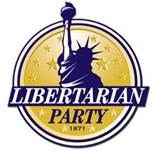 As a Libertarian I wanted to review how my party did in the 2012 election.

Before I begin my review of events I want to say something to my Democrat and Republican friends. I don’t think you were fooled by the media. I don’t think you were tricked into voting against what you wanted. I don’t think the powers that be filled you with so much fear that you voted against your own interests. I think you voted for various candidates with full knowledge of both their strengths and weaknesses. I think you are intelligent, interesting people, and good friends. While I hope you consider Libertarian candidates in the future I’m not under the illusion that you are sheep nor do I blame you for all the ills this country faces. I think you want what’s best for the United States of America. I’m glad you voted and chose to willingly participate in the election.

In order to further our agenda we must engage the American public and convince them that our policies are in line with their own. I’m convinced that the policies of the Libertarian party are actually more compatible with the majority of people than are those of either the Democrats or Republicans. Yet we have failed to make a connection with voters. It’s not completely unfair to blame current election laws that favor the two parties are even media outlets for not reporting Libertarian ideas but the reality is that we live in a free country where there is an ever-increasing ability to disseminate information to anyone and everyone without the necessity of an established press presence. That we continue to fail is no one’s fault but our own.

Right now people do not want to vote for Libertarians. We must find ways to explain our positions to the American people.

Tom Liberman
Sword and Sorcery fantasy with a Libertarian Twist
Current Release: The Hammer of Fire
Upcoming release: The Sword of Water