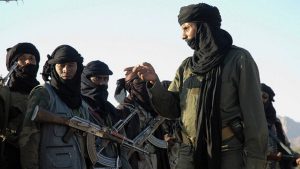 There is an interesting proposal percolating at the White House in which the United States would withdraw our formal military operations in Afghanistan and use mercenaries as a replacement. These private contractors would support the government in its war against the Taliban. Naturally, there are a lot of strong opinions about this idea.

I’d first like to dispense with the idea of private contractors. What we’re talking about is mercenaries, plain and simple. These are people hired to participate in a conflict who have no national motivation but are simply in it for the money. We can use all the euphemisms we want in order to paint a particular picture, but reality is clear to see.

The United States has been fighting the war in Afghanistan actively since 2001. It began supposedly in response to the September 11th attacks against the United States. The war has had its ebbs and flows but by no measure is the United States winning. The Taliban controls large swathes of the country and our soldiers largely act to support the Afghanistan government rather than taking an active role in combat.

One of the major reasons officials are considering switching to a mercenary force is the cost savings proposed by doing so. It is estimated it costs about $1 million per soldier per year to continue the fight in Afghanistan. The exact costs are unclear but it’s probably safe to say we are spending in excess of $45 billion a year on the conflict. The mercenary solution would supposedly cost around a quarter of that although I’m highly skeptical.

The two arguments for such mercenaries are they will be cheaper and they will be more effective. The arguments against them generally revolve around the idea that fighters not under the discipline of the United States military command are more prone to atrocities, that they will do anything in order to further the cause of victory. I think there is merit to all of these arguments but, to be frank, it just doesn’t matter.

The United States military is largely just one big mercenary force at this point. We don’t fight wars to keep our nation safe, we do so in order enrich the coffers of whatever contractor produces military equipment. Said contractor then pays for vacations, dinners, tickets to events, and various other luxuries our leaders enjoy.

We don’t fight wars to defend the nation but we create them in order to further what President Dwight Eisenhower called the Military-industrial complex. We don’t have soldiers in hundreds of far-flung bases in the interests of national security, we do so to pour taxpayer dollars into the coffers of allies who in return offer their political support.

There is a very good reason we’ve been fighting this pointless and losing war for the last sixteen years. There is good reason we will continue to do so for the foreseeable future, money. The Founding Fathers would not only have balked at the idea of this endless war but they would have fomented revolution of the people to put an end to it. Our soldiers are being sacrificed in both mind and body in the pursuit of money.

This push for a mercenary force is simply a tacit acknowledgement of what we already know. The United States military is nothing more than a hired gun, used by nations around the world to do their dirty work. Every soldier who volunteers for our military should do so with the understanding they are being used by the government to do the work of a mercenary at a cut-rate salary. They are being sacrificed to put money on the table of those who provide the equipment used by the soldiers.

The business is war, and it’s booming.