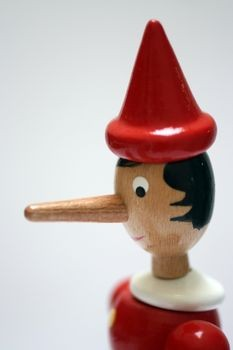 The recent lie by Congressman Paul Ryan about his marathon time sort of struck me in an unusual way. I’m pretty accustomed to politicians lying about their record, their accomplishments, who they slept or didn’t sleep with, and things of this nature but this ridiculous little lie really bothers me. Certainly President Obama, Mr. Romney, Vice President Biden, and Congressman Ryan have had Fact Checker reveal many of their falsehoods in virtually every speech they give.

President Clinton lied about having an affair which I can understand in a way. That’s an important thing when it comes to the wife and family. When running for office the politicians lie about their own records and their opponent’s record on a daily basis in order to sway votes. Certainly deplorable but with a relatively important goal in mind. But, to lie about the time it took  you to run a marathon? That seems … egregious. I know several runners and the best time they achieved in races are ingrained in their minds. They know them literally to the second.

To lie about a personal accomplishment that has no bearing on anything? I mean, really, what won’t a person who tells that whopper, lie about? Then to lie in such a completely unrealistic way? That seems like self-destruction to me. I want you to know that I’m a liar so I’ll lie really, really badly about something that is easily checked. Either that or he is a compulsive liar. I knew a pathological liar once. He was incapable of telling the truth, he believed his lies when they were easily and demonstrably refutable. He was a strange, strange bird. He lived in a weird sort of fantasy world. I would not vote for him. Frankly, I’d vote for his opponent in any election if he ever chose to run for office.

I wasn’t going to vote for Mr. Romney and Congressman Ryan in any case, go Gary Johnson.

I just have to say that I wouldn’t want Congressman Ryan as a friend. Someone that lies that easily about something so silly is not a person I’d trust in any situation.