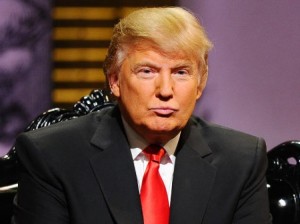 The presidential campaign of Donald Trump is raising some ire across the country. Trump is an anti-establishment candidate for whom reality apparently has little or no meaning. I’m not going to talk about his policy statements, his personal insults against anyone who dares disagree with him, his rather naive view of how complex is the world, or anything along those lines. Today I’m going to talk about how Trump is merely a precursor to what is coming.

By and large there is a theme in contemporary media, be it mainstream or alternative. That theme is fear. The general message is that any political candidate, any voter, or any person who does not agree with the promulgator of the story is a danger. A threat to the nation. Someone who will destroy the United States. Any idea different than that being suggested will immediately or relatively quickly bring an end to your safety.

Your way of life is in danger. The other side is an active enemy out to destroy you. That’s the promulgation of fear and that’s the message.

What’s most interesting about this message is the motive of those that deliver it. By and large they fully understand they are saying things that are factually and demonstrably false. They know the threats they repeat endlessly are merely phantoms used to frighten people into voting for a particular candidate or legislation.

For the most part the people that are doing this know when to rein in the threats before stirring up so much fear that people react with violence.

What they don’t understand is that they are clearing the path for a demagogue.

Did President George W. Bush understand that his policy against Iraq would create ISIS?

Did President Eisenhower realize that by supporting the coup against Mohammad Mosaddeq in 1953 that he was essentially creating the entire terrorist world that exists today?

Did President Reagan realize that by aiding Miguel Ángel Félix Gallardo he was largely creating the Mexican drug trade?

They should have but they didn’t. We live with the results of their fear mongering.

What Trump represents is the inevitable result of state or mass-media sponsored fear-mongering. Those that use fear to spread their ideas are eventually usurped by those working the same tools but without the moral character to understand the dreadful consequences of their actions.

Those that created the environment of fear do not get to reap the rewards. They get put up against a wall by their misguided followers because, in the end, the original fear-mongers aren’t willing to go all the way. So they die horrible deaths.

Reason is the first casualty to the sword of fear.

Take note, Roger Ailes’s of the world. Take note. Trump is only a partially realized shadow of the kind of leader that is coming. You won’t be able to control that leader.

One thought on “Rise of the Demagogue – Lessons of Trump”