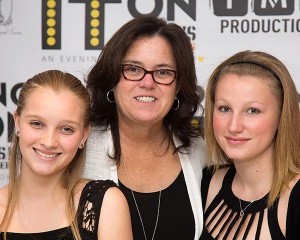 There’s an incredibly interesting story in the news involving the daughter of celebrity Rosie O’Donnell. The reason it is so interesting to me is that it illustrates the struggle between those who advocate the power of the state and those who argue for the rights of the individual.

Most of my Libertarian and Anarchist friends and acquaintances are pretty strongly in the camp of the individual and while I am as well, I do recognize the state has a role to play in a civil society. Police have an important and useful function as does government.

The particulars of this case are that Chelsea O’Donnell is a seventeen year old girl which puts her right on the verge of adulthood and emancipation. She voluntarily went to the home of a 25 year old man. She has been described in various media outlets as having an undisclosed mental illness.

The man in question, Steven Sheerer, has now been arrested and charged with distribution of obscenity to a minor and endangering the welfare of a child. He apparently sent obscene material to Chelsea and lured her to his home.

From a Libertarian perspective the fact that Chelsea is almost an adult and went of her own free will is a compelling argument. We Libertarians and Anarchists don’t think the state should be in the business of protecting us from ourselves. The reality of this case is that Chelsea, while close to having reached her majority, is still legally a juvenile. There is also the important factor of her mental illness. This story resonates with me, I have a niece who is developmentally disabled. It would be easy for an unscrupulous person to convince her to do something that is not in her own interest.

It’s clear to me that people who are not capable of making decisions must be protected from those who would use them for their own nefarious ends. While the idea of a society in which everyone leads their own lives free of the state is very appealing, we Libertarians and Anarchists must remember that there are not only those among us incapable of making good decisions but also those who prey upon the weak.

Even those who have reached their majority and are of sound mind can be tricked, duped, lied to, preyed up, and even physically coerced into doing things that are not in their interests.

Where does the state intervene? When is our folly the business of the government?

I don’t think the lines are crisp and there will always be difficult situations. I largely argue on the side of individual freedom, but not always.

In this situation I think the state has a compelling case. I insist they prove it in a court of law but I do not condemn them. I praise the excellent police work of the Rockland County Sheriff’s Department who sent officers door to door. I applaud the officer who thought Sheerer evasive in his answers and eventually found Chelsea.