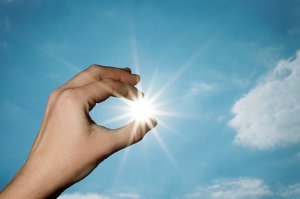 I think most people in the world have a fascination with Super Powers be they comic book type like flying or becoming invisible,  religious like with turning water to wine or returning from the dead, or psychic like telekinesis or clairvoyance. I’m going to make this a multi-part post with today’s focus being why we are so enamored with the idea of super powers.

Interestingly enough I think there is a relationship between frustration, which I spoke about the other day, and the desire for, or the hope that, super powers are manifestly possible. Everyday things happen in our life beyond our control and there is an undeniable thirst to be in command of what happens to us. I think this starts as a very small child when we have power over almost nothing. This is a frustrating experience and although as we grow older we gain more control there will always be elements of our life that we cannot steer.

So, that is a common human experience. I think it is one of the main drivers of our belief in super powers be they religious, psychic, or comic book in nature.

I read an article yesterday in which some researchers used the scientific method to look at clairvoyance. Simply put, this is the ability to know things before they happen. I’m going to talk much more about that article in the coming days but today I’m focusing more on why we want to believe in Super Powers so much that, in fact, many of actually do believe.

The belief in astrology is quite popular all over the world as is general belief in psychic powers in one form or another. Certainly the belief that there is a magical father up in the sky watching over us is the prevalent view of the majority of people in the world. That agents of this power are capable of turning water into wine, walking on water, ascending (flying) directly into the sky, packing a boat full of animals that under no logical examination could fit inside.

So, I’ve blamed frustration for this belief and our childhood but that doesn’t seem to me to be enough to explain why grown men and women still believe in nonsense. I’m not just attacking religion here. Many religious people agree with me that the belief psychic powers is madness. So don’t feel too picked upon!

The other big reason I think we believe in Super Powers of one nature or another is our imperfect sensory input. By this I mean our eye, ears, nose, touch, and taste senses. They don’t work particularly well and fool us all the time. Optical illusions are everywhere and our other senses are easily fooled as well. So we have this constant stream of input coming in but much of it is false. To my way of thinking this leads us to the conclusion that there most be something “more” out there. Something hidden in the shadows just beyond our reach.

Well, there is something more out there, x-rays, ultraviolet light, high frequency sound, and thousands of other things that we can’t sense but that doesn’t make them magical. It just means we can’t sense them with or normal faculties. With devices we see and understand these things but it’s difficult to separate my personal view of the world as brought to me by my senses and the logical view of world brought to second-hand through instrumentation.

Finally, I think dreams play a large role in this belief in Super Powers. We dream but don’t remember them fully and they seem filled with strange imagery and prophetic power. I’ll just give one little story here and then wrap things up. I was having strange dreams quite a few years back and started to record them. I’d advise a pen that is capable of writing while being held upside down. After a few months of doing this I found my dreams were completely related to my work, my family, my personal life, and things going on everyday. It was just my brain reorganizing them. There was no mystery.

So, that’s it. Tell me, do you believe in Super Powers?