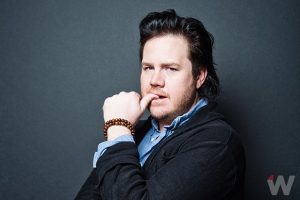 An actor by the name of Josh McDermitt recently removed his Social Media accounts because of the inordinate amount of hate coming his way. McDermitt plays a character named Eugene on the television show The Walking Dead. Eugene is a complex character who has done more than a few questionable things.

The Social Media accounts of celebrities tend to attract what are called trolls. McDermitt’s various accounts were no exception and all the vile posts apparently convinced him to remove the profiles. In a final video, he spoke about death threats and various other attacks against him. I’m guessing he thinks most of these attacks were made by delusional people confusing his public persona with the actions of the character he plays.

I sympathize with McDermitt. The internet is filled with a lot of vitriol. The amount of pure hate and rage that actors and other celebrities see on their accounts is enormous. That being said, it’s largely just a bunch of nonsense. The vast majority of the people making death threats and spewing other vile comments are merely trolls looking to stir up trouble. They don’t hate McDermitt or his character on The Walking Dead.

The anonymity of the internet engenders this sort of behavior. Create twenty or more accounts and start trolling. It’s entirely possible that a great number of the messages that drove McDermitt to quit his various accounts came from a single, super-active troll. I’ve seen it before. I’ve seen one person with multiple accounts engage in an argument with her or his self to make it seem there are actually two, or more, people posting.

I’ve seen a small number of trolls band together to post literally thousands of vile messages on an account in the hopes of getting under the skin of their target.

I’d be more than willing to wager the vast majority of the threats and nastier comments are coming from people just trying to get a reaction. That reaction, called a lulz, is the goal of all the effort. It’s really quite silly, I don’t deny this fact. The people who engage in such activities would be far better served to do something useful with their lives. But, in the end, it is the troll’s life to waste seeking lulz.

It’s also McDermitt’s final decision to keep the accounts going or not. That being said, I’m a believer in what is already an old adage: Don’t feed the trolls. Basically, ignore them. Don’t react in any way. Don’t fight with them, don’t call them names, don’t even acknowledge the messages. Go on about your life.

I’m of the opinion McDermitt should have kept his accounts live and tried to take the verbal assault with stoicism. I know it’s easy to make that statement from my position, where virtually no one knows me and I don’t have to put up with the craziness that’s out there.

We have this impression the world is filled with a bunch of irrational idiots but I don’t think that is true. I think most people are quite reasonable and know the difference between an actor and the character she or he portrays on a television show. The vast majority of the people commenting on his various Social Media outlets are not serious. They are trolls, and when McDermitt reacts, they win.