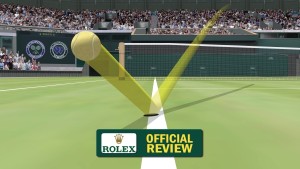 I just read an interesting opinion piece about how Hawk-Eye, the machine used to make correct calls at tennis matches, is ruining the sport. The piece was written in OZY and I was intrigued by the premise even if I personally disagree.

The argument is that people loved watching John McEnroe and others argue with the umpire and linesmen and that the decline in ratings for tennis might be associated with the decrease in such activity brought about by the sure-eyed calls of Hawk-Eye.

The ratings for tennis are down according to the article and I did note a downward trend in what ratings services I could find although they were not up to date. I have no reason to doubt the author. The ratings decline could be partially related to “the Hawk-Eye effect”, which engenders fewer personal confrontations but it is also likely based on other things as well. Name recognition, all the screaming and grunting, demographics, etc. I’m not going to discuss the accuracy of the position taken by the author.

I do want to discuss the argument itself because it is interesting. There are a number of analogous situations in other sports. Instant Replay in baseball, football, cricket, and other sports. The taming down of fighting in professional hockey. The question to be asked is if people tune into sporting events to see arguments and fights. And how important are those to the health of the game itself?

There is no question we are moving to a system of officiating wherein technology ensures the call is correct and arguments are less heated. Is baseball better because the umpires, managers, and players, don’t engage in screaming matches as often? Is it worse?

To my mind it’s better, without question. I prefer the sport. I prefer getting it right. The fighting is not to my taste. It’s not the game. However, I acknowledge my opinion is not universal. Many people love the fights and arguments. There is a certain titillation to watching a player, coach, or other team official lose their mind over a bad, or perceived bad, call. For me it gets old very quickly, it’s just an exercise of “me, me, me” largely. Others feel differently and I guess that’s the question I’m asking today.

Do you like all the arguing? Do you miss it? Do you hate it?