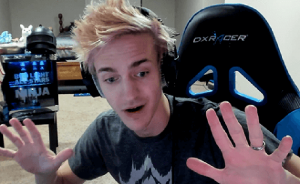 In the widely popular video game Fortnite the best professional players pit their skills against rank amateurs some of whom are brand new to the game. Can you imagine a similar situation in any other sporting or gaming endeavor? The situation was brought to my attention by a commenter on my story about Stream Sniping in Fortnite and I think it bears some consideration.

The complaint centered around the idea casual players have no chance against incredibly skilled professionals like Ninja. Ninja and others like him make large amounts of money playing Fortnite and do it for a living. They are essentially like a top-level professional athlete in tennis, golf, or any other sport. Meanwhile they are pitted against casual players repeatedly, hour after hour, day after day. These other players have no chance to win and can grow frustrated.

I certainly understand their pain. I played sports from a young age and, like virtually everyone else, quickly came up against players with more natural athletic ability who put in more hours of practice than me. I stood no chance against them. Unlike in Fortnite, I didn’t continue to play against such competition as I grew older. They went onto higher levels than I could visit. I still played sports but against lesser competition and eventually I stopped playing competitively. A Fortnite player has little choice but to attempt to compete against the very best in the world.

Here’s the issue. The best players deserve the rewards. They work hard at their craft and have become skilled from both practice and natural ability. They deserve to win the game. They should defeat lesser players and gain the prizes. This is the very nature of competition. What is the alternative? Should we punish good players by giving them a handicap? Should we refuse to allow them to play? Do we allow the local high school baseball team to compete against the pro teams but handicap the pros by allowing them fewer players on the field? Do we force the best tennis player in the world to use a smaller racquet and compete against lesser players? The answer is, and should be, no.

This is an excellent illustration of the inherent nature of life. Some people are going to be better at things than you. Don’t be like the commenter who thinks it’s an unfair system. Work harder, get better.

Certainly, the makers of the game could create instances in which players of certain skills were forbidden. This is merely a virtual reflection of what happens in real life. Not only do lesser teams not get to play the best teams but the professional players are not allowed to enter tournaments against lesser players. I think it would be a great idea although implementation might not be easy.

Nevertheless, my point stands. Just because someone is better at something than you, doesn’t mean they should be denied the rewards of their efforts.