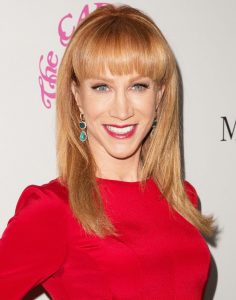 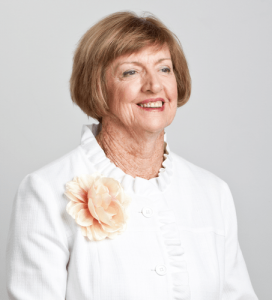 There is one thing Kathy Griffin and Margaret Court have in common, the Freedom to Hate. I think both women and their supporters will vehemently deny this fact. They will argue the two are merely stating a firmly held opinion and not backing down. Their opinions are not based on hate but passionate belief.

I’m here to tell you; Court and Griffin are filled with self-righteous hatred and it completely clouds their ability to think about their words and artistic expressions. As vile as I think both of these ladies are; it’s their right to be filled with as much hate as they want. They can express that hatred in whatever way they want as long as it is not physically hurting other people. If they want to post vile pictures and make completely unsupported claims about homosexuals, whatever. Go right ahead. That is the Freedom to Hate.

Almost everyone else has the right to say whatever they want about either of the women. You can despise one and revere the other. You can hate them both. You can like them both, although that has to be an awfully short list of people.

The world has many people like Court and Griffin. People completely overwhelmed, for whatever reason, by hatred of other people. The good news is the vast majority of us aren’t filled with such hate. The problem is we get drawn in by all that rage. The need to tell other people how awful and wrong is their behavior.

One of the lessons I’ve learned in life is when to disengage. You’ve all encountered someone so filled with rage they are unwilling to listen to reasonable arguments. People so locked into a position talking with them is an exercise in frustration. My advice, disengage. Forget about it. Their lives are filled with anger. They spend it trying to find more people to hate, more people to harangue in a vain attempt to feel better about themselves. The problem is, of course, the hate they so feel is internally generated. Someone filled with self love just can’t be bursting with that sort of rage. It’s not possible.

The bottom line is Griffin and Court are allowed to engage in lives filled with hate. They can create as much art as they want that embodies this hate. They can say as many hateful things about others as they want. Naturally, they must face the consequences of this hate. Freedom to hate doesn’t mean freedom from the consequences of hate. It just means they can’t be imprisoned or fined.

That is an important distinction. There are nations in this world where people are not free to express themselves so. There are states where anyone who dares speak out is imprisoned, tortured, murdered, and even their families punished. What happens in these states is not the eradication of unwanted thoughts but the multiplying of them.

The people in nations in which government has the ability to act in this fashion become violent. Instead of expressing their hatred with words and art, they act out as terrorists. They kill people.

You most likely don’t like what Court or Griffin is saying, but their right to do so is important.