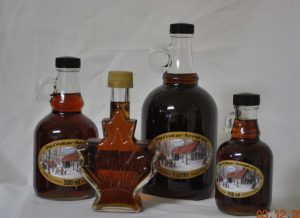 I just read an interesting article about maple syrup and it gave me insight into why we have government. I’m a Libertarian and sometimes butt heads with Anarchists who hang out in the same Social Media circles as me. When I first read the story about the Federation of Quebec Maple Syrup Producers I was all keyed up to write an anti-government rant, one said Anarchists would have enjoyed. Then I found out it’s not a government organization. It’s purely private. My rant dissipated but there is a story to be told nevertheless.

The FPAQ basically regulates how much maple syrup is produced in the Quebec province of Canada. They do this by limiting the number of trees that can be tapped. This was done back in the 1960’s in order to compete more effectively with United States maple producers. In addition to limiting the amount of maple syrup produced, they keep a strategic reserve in case of crop failure, and sell all the maple syrup as a collective to control prices.

The organization has fundamentally changed the nature of maple syrup production in the world. Before it came into existence, Quebec maple syrup producers were not able to compete with producers in the United States, primarily Vermont. They now control about 70% of the market and export $362 million worth of the sweet, sweet stuff.

My original blog was going to be about how the maple syrup farmers in Quebec are upset by the quotas and how big, bad government was interfering with free enterprise. Oh well, so much for that.

The question then becomes, why did the FPAQ form? Why didn’t each maple syrup producer simple make as much as they wanted and sell it at a price they determined? That’s what us Free Market Libertarian advocate. But here is a case of people quite voluntarily giving up part of their freedom to become, in essence, a government regulatory agency.

The answer is simple. It was in their best interest to do so. By banding together, they created a more powerful entity. By pooling and selling their syrup together, they weren’t constantly undercutting each others’ price. By creating a reserve, they were ensuring a steady stream of revenue in case of a disastrous harvest season. By limiting production, they were driving up prices, creating scarcity where before there was none. And all these worked quite well for them.

Now the United States has been increasing its maple syrup production, taking some of the market back, and the members of the FPAQ are beginning to chafe against the rules. They are selling on the black market and producing more than their quota. They are rebelling against their own organization.

And this is the very root of government. The reason the FPAQ formed is the same reason most governments form. It is much safer for a group of people to organize. Once organized they need structure to ensure everyone is playing by the rules. Thus, government comes into being. The bigger the organization, the more rules are needed. In order to compete and be safe in this world, bigger and bigger organizations are required.

Of course, the pseudo-government grew despotic, as is its nature. It created rules and regulations that were actually hurting its members rather than helping. The members began to rebel.

All this explains why I’m a Libertarian and not an Anarchist. If we destroy one government the result will not be no government, but most likely a despotic regime. Having no government at all is a lovely dream. It is something I think might be possible in the future, when we have endless energy and there is no more scarcity. That day is in the future, sadly.