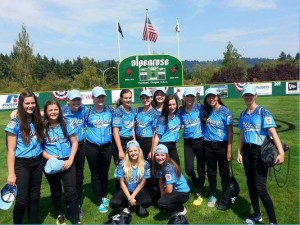 That team, Central Iowa, who earlier lost a close game to South Snohomish, protested the result. They claimed the result was invalid. The tournament officials agreed and decided that the two teams had to play a playoff game to see who advanced. Central Iowa won and advanced.

I wrote a blog back in August of 2012 about an Olympic badminton team that apparently intentionally lost a match in order to further their long term possibility of advancement. I’ll reiterate my points.

I understand the idea that everyone should do their best at all times but that’s just not the reality of the world when it comes to sports. In major league sports draft position becomes important and a team might well want to lose a game in order to get a better draft choice. In any round-robin sort of tournament, like the one in question, there are going to be situations one where team has guaranteed advancement and would prefer not to play too hard in the last, meaningless game.

Punishing South Snohomish for not trying hard enough is seriously hypocritical. What the administrators of the league are saying is that you have to pretend to try harder. They know the format makes for situations like the one that occurred. It’s hardly the first time a team has done what South Snohomish supposedly did.

Who is to make the judgement about the definition of trying hard enough?

In this case the coach of South Snohomish rested players and used bench warmers in order to have a better chance later in the tournament. Is that against the rules now? Should the tournament officials make out the starting lineup? If an error occurs in a similar situation should they have a do-over if an official rules it was intentional?

The solution I offered in my original blog was that when it is clearly advantageous for a team to lose they should declare that they want to lose before the start of the game. Then play the game hard. If they happen to win, it counts as a loss anyway.

I know many people won’t like that idea but the alternative is that a team pretends to try hard while really trying to lose. Is that what we want? This illusion? This fantasy of effort?

I absolutely think the Central Iowa should be sent home and the South Snohomish team allowed to advance.