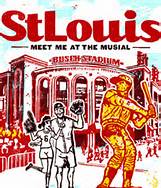 2 thoughts on “The Best Fans in Baseball – or Not?”