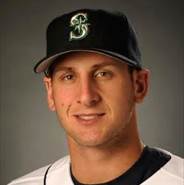 Just when I thought I’d seen everything!

As my readers well know, I’m an avid sports fan and when I saw this item in the news at Yahoo I had to check it out.

A minor league baseball player struck out on a single pitch. That’s right. It wasn’t some crazy circumstance where he came to bat for another player with an inherited two-strike count. Nope, there was one pitch.

The umpire called a strike on a pitch that looks low and outside. Vinnie looks back at the umpire and argues the call, even going so far as to gesture as to the location of the pitch.

I’m going to step away from the story to give my non-baseball fans some information. What Vinnie did there is a huge no-no. It’s one of those unwritten rules in baseball. You can complain to an umpire about a strike call a little bit but you cannot look back and start talking to him while you’re still at the plate. Let alone start gesturing with your hand.

It seems like one of those tyrannical situations where the arbitrator of a game, in this case the home-plate umpire, is being far too sensitive. However, there is actually a pretty good reason for this unwritten rule. If players are allowed to turn around and argue every strike call, if catchers and pitchers are allowed to do the same for every ball, then the pace of the game is destroyed.

Generally speaking what happens when an umpire makes a bad call or repeated bad calls at home plate is that the players in the dugout start to yell. The batter or catcher might complain but without looking back at the umpire. This is tolerated to some degree although eventually will result in ejections.

Anyway, back to the story.

Now, the umpire calls on the rule I did not know existed, 6.02c. This rule allows the umpire to start calling strikes if the batter refuses to step up to plate. The umpire calls a strike. Catricala was only out of the batter’s box for about three seconds but his attitude is clearly dismissive of the umpire telling him to get back in.

When I first read the story I was on the player’s side but after watching the video I find myself sympathetic to the umpire. If he allows any player to act this way then the umpire’s authority is in question. The umpire is going to have a very difficult day from that moment on. Every player will complain about every pitch, there will be endless delays, it will become an insanely boring game.

Watch the video, tell me what you think. Egotistical umpire out of control or strong umpire doing what he had to do.

One thought on “The One Pitch Strikeout – Vinnie Catricala”