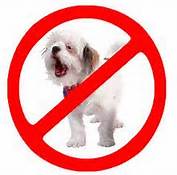 There’s a story in the news today that’s attracting a little attention and it certainly caught my eye. The full details are certainly not yet released but I think it’s worth talking about.

An officer in Alachua County, Florida, was responding to a report of suspicious incidents and a disturbance at a nightclub very early on Sunday morning. The officer was out looking at the vehicle that prompted the initial report. At that point a group of young college students happened to walk past the police car in which there was a police dog.

One of the young men barked at the police dog, later claiming it was because the dog barked at him first. I think that’s actually pretty funny. I’ve barked at a few dogs in my day and mewed at a few cats, I’ll even go as far as to admit that I’ve squawked angrily at a parrot or two when the mood struck me.

The officer ordered the barking man, not dog, to wait at the front of his police car. Then he tried to put handcuffs on the young fellow who resisted this attempt. An arrest quickly followed.

The reason this is big news is that the barking person is a football player for the University of Florida. Antonio Morrison is apparently not the most level-headed of fellows having been previously arrested just a few weeks ago for punching a nightclub bouncer in a dispute about the price of admission.

That being said, if the story doesn’t have any additional information, I’ve got a bone to pick with the arresting officer. In my capacity as a technical trainer I’ve worked with a number of municipalities and police officers and found them to be very reasonable, conscientious people dedicated to doing a difficult job. I’ve also been in a few incidents in which the police were called to house parties or stopped a vehicle I was in or was driving.

Almost universally the police officer who handles things like this incident with good humor results in a favorable outcome for everyone. A smile, ask the rambunctious young fellow to please not bark at the dog, even if provoked, and this sort of thing ends almost immediately.

On the other hand I’ve on occasion seen officers who don’t take the “Protect and Serve” slogan to heart. They use their badge to intimidate and bully. Those sorts of officers give a bad name to the rest. These sorts of officers break down what has to be the congenial and trusting relationship between citizens and law enforcement. When this relationship turns sour then society itself suffers.

The citizens of a nation must trust its law enforcement arm to be a force of protection, a force of good. Not a group dedicated to bullying, intimidation, corruption, and lies.

Now, the young fellow in question seems to have a hot temper and it’s quite possible the officer actually did try to cool down the situation before being forced into drastic action. If that’s the case then I’m completely wrong in calling out this incident. However, as the facts stand at this moment, I think the officer was way out of line. Arrested for barking at a police dog? That’s nonsense.

We think that these are small incident, laughable, but when we erode the relationship between citizens and law enforcement we endanger society. Bully officers need to be reigned in by their supervisors or we risk our freedoms. Good officers, who make up the vast majority of the group, need to step into these situations instead of immediately backing their fellow officer.

Again, I really don’t think this is a major incident but it’s one of those things that could be resolved in two ways. One that hurts society, and the other that helps it. When we have a choice, why not make the better choice?

Tom Liberman
Sword and Sorcery fantasy with a Libertarian Twist
Current Release: The Sword of Water ($2.99 and a bargain at that!)
Upcoming Release: The Spear of the Hunt