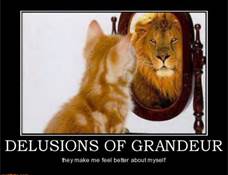 I’m keeping the momentum going on my Movie Monday series with a look at one of my all-time favorites, The Right Stuff. The movie is based on a book by Tom Wolfe that is historical fictional written about the Project Mercury Space Program of the 1960’s. Interestingly Wolfe has said the didn’t particularly like the film but I suspect that happens in the transition between novel and screenplay fairly frequently. They are different mediums and changes must inevitably occurs.

Let’s get back to why the movie is so darn good, at least from my perspective. One of the major themes of the movie is the fight between practicality and blind courage. The astronauts and test pilots are portrayed as both brave and moderately reckless whereas the engineers and politicians are more calculating and careful. Generally courage is portrayed in a more flattering light but the line about what makes the planes fly being “funding” rings true. I think both are necessary components to greatness.

The other beautifully portrayed theme is between the Mercury astronauts and Chuck Yeager who was not chosen for the program because of his lack of a college education. Yeager and the test pilots laugh at the foolish astronauts who have no control but are simply along for the ride but in the end the courage of both groups is aptly displayed.

The flying scenes, particularly Yeager in his attempt at breaking the altitude record, are spectacular and the moment when he goes for the height record and sees the upper atmosphere and stars is truly wonderful. Left out of Mercury … so close and yet so far.

For me the greatness of the movie is the competition between the astronauts as they fight to be the first American in space  (lest we never forget, Yuri Gagarin was the first man in space) and that between Yeager and Scott Crossfield as they fight their own battles.

These proud men compete with one another with all their skills and because of this emerge winners one and all. That is a life lesson that we seem to have forgotten here in a United States where winning is the only thing.

I would urge everyone to compete with sportsmanship as hard as they can and find victory in the effort regardless of the final outcome. Somehow winning has become more important than playing fairly. It is ok to cheat as long as you aren’t caught. It’s ok to foul someone going in for the winning points. I think the world would be better if placed our emphasis on the competition, not the victory. On our behavior, not the outcome.

I pride myself on pragmatism and I can see how people would call me a dreamer but there is evidence of sportsmanship all the time. We see it when a softball team carries an injured rival around the bases, when a basketball player intentionally misses free throws, in rowing where competitors rescue other races. We all applaud it when we see it but somehow we choose to win rather than play with style.

Anyway, that’s what I took from The Right Stuff. Do you agree?

Let me know in the comments.

Just to get a plug for my upcoming novel the idea of sportsmanship is going to be one of the main themes of my fourth book, the Sword of Water. In the book it’s not a matter of losing a game but your life in a world where thugs who understand, but do not believe in, honor can manipulate those who do to the detriment of their country and to the world.