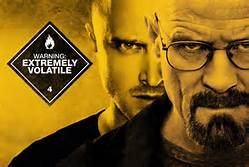 There’s an interesting case making its way through the court system right now in regards to iTunes’ download policy on a television show.

Basically a popular television show, Breaking Bad, broke their fifth and final season into two groups of episodes. The first eight episodes were released in July of 2012 while the second half of eight episodes was released in the summer of 2013. When people view television shows via download with iTunes and other services like Netflix they can either pay per episode or purchase season passes. Therein lies the crux of the issue.

Does the Season Pass cover the entire season as defined by the content maker or by the date it is released? Is a season that is broken into two parts, two seasons? That’s what Apple thinks and they refused to honor the original Season Pass and viewers had to purchase a second Season Pass for $22.99 or individual episodes.

The first time I remember a season being broken up like this was when the Sopranos broke season six into two parts. The first twelve stared in the spring of 2006 and the last nine in the spring of 2007. I don’t know what the policy of iTunes or other providers was at that time. There were probably incidents before that, it’s just the first I remember.

I think it’s an interesting question from a legal perspective. Who makes the decision on what defines a season? The content creator or the content provider? Both entities charge their audience money. Apple has to pay AMC money in order to provide Breaking Bad episodes on their iTunes network. Meanwhile people must then pay Apple for the right to download the episodes. The two transactions are separate entities.

The issue comes because of the “Season Pass” payment. If it was called a “Contiguous String of Episodes Pass” there might not be as much confusion although certainly the name does not roll as easily off the tongue.

Personally I think Apple has every right to implement whatever pricing plan they want. They could charge by episode groups. Discount for groups of ten. It’s their decision to make.

On the other hand I think that the consumer has every right to expect that something called a Season Pass would, in fact, count for the entire season as defined by the content creator.

So, what we have here is a failure to communicate. Apple chose to name their product “Season Pass” and this is clearly misleading to consumers. Apple has every right to charge for the two sets of episodes separately and consumers have a real complaint about being misled. Where does that leave us?

I think Apple would be wise to extend the Season Pass holders the rights to all the new episodes and refund any money paid out. Then they should revamp their naming scheme. If this case goes to court they will generate a lot of bad publicity at a time when they don’t need it. Sticking to their argument will garner them millions in revenue but I’m not sure it’s worth the price. An accountant might better be able to make that decision.

In my opinion the problem stems completely from lack of forethought. AMC announced the dual season long ago and Apple should have done a much better job of explaining their “Season Pass” policy. This lack of thinking ahead brought on problems that could have easily been avoided.

That’s common in life. It’s good to plan ahead, to anticipate problems before they occur. Particular when millions of dollars are at stake.

What do you think? Apple refund? Whining consumers?