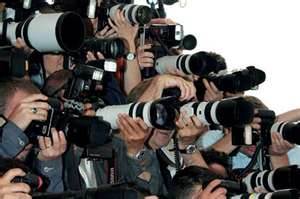 There was an interesting article in the news the other day about police arresting people recording video of the officers in their regular duties. It seems to be making a big splash and the alarmist headline naturally drives people to the story.

While reading the comments on the article it struck me that, as usual, most of the commenters failed to read the article completely if at all. It’s one of those stories that is going to provoke a strong reaction from both sides of the political spectrum and likely eventually distill down to a game of name-calling with both sides blaming the other.

I find two things interesting about the article and the reaction to it.

Firstly, anyone who cared to read the item all the way through had to note that police officers and politicians were aware of the issue and passing laws and training officers in the appropriate way to handle the situation. This is a good thing! With new recording technology ubiquitously available not only in person but remotely there are clearly going to be more people recording public activity. So, as the police become accustomed to this it will expose officers who flaunt the law which in turn emboldens all the great officers out there who are already doing a fantastic job without prompting. I talked about the how letting people get away with bad deeds hurts everyone in this post. The idea is that good people are discouraged when bad people are allowed to go about their business.

The second thing that struck me was that people in total agreement about how police should behave towards law-abiding citizens recording their activity were in complete and total disagreement about the cause of the problem. The two camps, not surprisingly, were political opposites, Republicans and Democrats. I don’t have to tell you who each blamed for the problem. What distressed me is that both sides were in such lock-step agreement about the problem yet made no effort to join forces and find a solution.

I think that is endemic of the political situation in the U.S. I’m of the opinion that people really aren’t that far apart ideologically and that if they would focus on solving problems rather than blaming each other amazing things could happen. I suppose I’m a dreamer but I’ll continue to dream … and blog.

Tom Liberman
Sword and Sorcery fantasy with a Libertarian Twist
The Hammer of Fire New Release!