I just finished reading an interesting article about how the mother of a young girl found out that her daughter was engaged in online bullying of another girl. The mother then posted online a picture of the young girl holding up a sign admitting her actions and detailing her punishment (selling her iPod and donating the money to a Stop Bullying charity).

The article questioned the idea of punishing someone for a deed by inflicting that same misdeed to the transgressor. The girl bullied another girl over the internet and was now being punished by being bullied over the internet. I think it’s a conversation worth having.

Having no children myself, I know that I open myself up to second-guessing when looking into a topic like this but I’m willing to take the heat!

On one side we know that punishing wrong-doing is an important part of parenting. Certainly praising proper behavior is an extremely effective method of encouragement and should always be the biggest weapon in a parent’s arsenal. Still, there is no doubt that punishment is at times required.

On the other side is the idea that if we exhibit exactly the kind of behavior we are trying to stop our hypocrisy is painfully apparent to the person we are trying to correct. Not only is our punishment hypocritical but it is often completely counterproductive.

It is argued that such punishment is more about satisfying our own desire for control and vengeance than it is about rectifying the behavioral issues.

Study after study shows that children who are subject to violent punishment grow up to be abusers and violent criminals. There is absolutely no doubt about the correlation between child abuse and psychologically damaged adults who commit horrific crimes.

But if we can’t punish a child for biting another child how will we stop the negative behavior?

It’s a dilemma. I would argue the answer is incorrect punishment exacerbates the problem that it tries to correct. That we must find correct punishment. Easy to say, certainly. Not easy to achieve, particularly in the heat of the moment.

Let’s look at the case in question. The girl used the internet to bully another girl. The parent tried to correct the problem by forcing the child to sell a possession, use the money garnered to support an anti-bullying cause, and post an embarrassing picture on the internet.

I would have suggested limiting use of the device used to commit the act, probably the computer. A personal apology to the girl in question. A few hours of volunteer time at an organization that helps combat such bullying. That being said, I don’t think the parent in this case was out-of-line. The punishment was designed around the issue and I think the daughter will be the better for it.

It was an interesting article. I think it is something every parent and society itself should keep in mind when meting out punishment for various crimes. We don’t want the result of our punishment to be that the person so disciplined becomes a worse human being.

Sorry to disappoint anyone looking for final solutions to complex issues. If you’re looking for easy answers, five-second fixes, and absolutes; well, you’ve come to the wrong place. 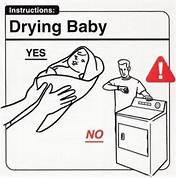 The recent case in which Rebecca Ann Sedwick killed herself after months of relentless bullying, mainly through social media and email, has once again brought forward the idea that parents should be punished for the illegal activity of their children.

The idea has a large emotional appeal because it is easy to blame poor parenting for bad children. Not only is it easy to associate the two but they are, in fact, often causally related. Children raised poorly by their parents often end up behaving in criminal ways.

The question that I intend to explore today is if such punishment is merited. Many experts argue that punishing the parent will do nothing to prevent such bullying but that’s not my focus here. I want to determine if parents should be held responsible for their children’s behavior.

There is some legal precedent for the idea. A number of states place various penalties on parents when their children are found guilty of crimes.

However, my main argument against this kind of law is that it punishes someone for a crime they didn’t commit. Yes, they were awful, absent parents but that’s not a crime. Their children committed real crimes and should be punished for doing so.

I think an interesting analogy would be punishing a dog owner for allowing their pet to roam free and defecate on lawns. The dog cannot comprehend the law and simply goes to the bathroom without cleaning up. The owner understands the law and allowed the dog, who doesn’t know any better, to violate the law.

Another example that comes to mind is leaving loaded firearms in places where children have access to them. A child shoots another child with said firearm. Parents have been convicted for crimes in these cases. I’m not opposed to convicting the parent of negligence in leaving a dangerous weapon so readily available but that is the crime of the parent. Possibly even convict them of negligent homicide. But the reality is the child pulled the trigger and should face whatever punishment law-enforcement and our judicial system deems appropriate.

I do not think a child is an animal. A child knows better; the sooner they learn there are consequences to their actions the better.

What message are we sending a child by punishing someone else for their crimes? It doesn’t take much of a leap of logic to imagine an angry child committing a crime in order to get their parent punished.

Those girls that bullied their classmate knew what they were doing was cruel and wrong. They should be punished. They should face the full force of the legal system. I have no problem with laws about making threatening statements, about libel, about slander. If the girls in this case have broken those laws then let them face punishment. They are not pets, they are people. Perhaps not adults but old enough to know right from wrong.

Laws must be enforced with blind justice.