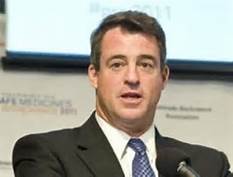 There’s a story just now hitting the mainstream news and it falls right into my wheelhouse.

The attorney general of the Old Line state of Maryland, Douglas Gansler, had his picture taken at a house-party at which a number of underage teenagers were drinking alcohol. Gansler is running for governor in Maryland and his political opponents are using this story against him. The event happened back in June during graduation season but, because of his political ambitions, is getting airplay now.

Let’s first get some background. Parents of the teenagers in question rented the house in Delaware and acted as chaperons during what is commonly called “Senior Week”. The idea being that the seniors are going to be out celebrating their graduation from high school and by providing a controlled environment the parents hope to keep the seniors from drinking and driving and other excesses.

Gansler knew that his son was at the party and entered the house for a short time to talk to him. He found his son, spoke with him briefly, and then left.

Gansler’s political opponents and the moral police are upset because he was clearly aware of underage drinking and did nothing to stop it. He is an official representative of the state of Maryland and as the attorney general his job involves prosecuting criminal activity. Gansler has also publicly campaigned against  underage drinking.

Gansler says that he has no moral authority to tell other people’s children whether to drink or not and has no legal authority to do so in the state of Delaware.

In my opinion what Gansler did was absolutely reasonable, prudent, and correct. Even if the party was in Maryland and even if the party wasn’t condoned by parents of the kids; it’s not his job to arrest people. I would argue that under those circumstances if he saw drunken people getting into cars he should have reported it to the police.

It is illegal in Delaware for anyone under the age of 21 to drink alcohol but it’s also illegal to go faster than the speed limit. It’s illegal to cross against the light. It’s illegal to do a lot of things we see people doing all the time. It’s not the job of the Attorney General to arrest people. That’s for the police.

Getting beyond legal niceties, the culture of character assassination that pervades our political system is extremely damaging. As soon as we note that someone has done something moderately questionable the attacks dogs are released.

We have become a nation of sanctimonious, self-righteous, egotists. When it comes to a person from the party we support we put up with anything but the same behavior from someone of the other party makes them a monstrous human being.

Most kids are going to drink when they graduate from high school. To pretend otherwise is to be a complete fool. The parents who provided a safe environment for it to happen are to be applauded. If another parent rushed to the house and started scolding someone else’s kids they’d rightly be told to mind their own damn business.

If Gansler saw a drunken teen getting into a car to drive it away I do think there is a responsibility to attempt to stop it. In this case it’s just not his business.

We cannot expect people to be responsible if we never give them responsibility. These teens are soon to be adults. They need to learn how to drink responsibly. To behave responsibly.

Let’s say this story becomes a huge issue and Gansler loses the election because of it. What message have we delivered? That parents should intervene at any party at which they see underage drinking? Ha. Never going to happen.

What’s we’ve accomplished is to make sure anyone thinking about political office never goes to a party attended by their child in which there might be underage drinking. Gansler went to the party with concerns about his son. He checked in and left. Good job, dad. Don’t let the witch-hunters shame you into being a bad father, afraid to check in on your son because it will hurt your political ambitions.