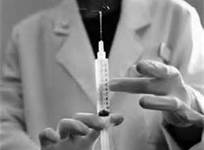 A rather morbid case has played itself out in Belgium recently and it made me think about euthanasia.

The basics of the story is that identical twin brothers decided to commit suicide rather than face a life of blindness. The pair was born deaf and recently suffered degenerative eye disease that would have quickly left them blind had they not killed themselves. Belgium has relatively forward-thinking euthanasia laws that allows people to opt for suicide under certain circumstances. If a person has made their wishes clear and is suffering unbearable pain, according to an attending physician, then it is legal have someone kill you. Belgium is considering extending the law to those suffering dramatic loss of mental faculties as well but that’s not really the point.

I’m a proponent of euthanasia to alleviate end-of-life suffering. I’m of the opinion that people in the last stages of life and suffering horrible pain with no prospects except more pain are more than entitled to kill themselves, it is cruel and vicious to force them to continue to suffer. That doesn’t seem to be the case here. This is simply someone facing a terrible ordeal who decides not to go on. Now, this certainly happens all the time without help. People kill themselves under far less duress. I friend of mine in college suffered horrible injuries because a man, whose life was in a shambles, decided to kill himself by crossing the highway divide. My buddy was coming the other way. So, the idea of someone who is suffering, being allowed to kill themselves without endangering others has an appeal to me.

However, the idea that someone who is suffering from a non-lethal, non-painful illness being sanctioned to kill themselves is somewhat disturbing. I’m fairly certain the government shouldn’t be all that involved in this decision one way or the other. If a person wants to kill themselves then they should be allowed to do it but if someone helps them that’s when things get tricky. The person helping could and has been charged with murder. So, should the government allow people to kill other people who want to die, for moderately good reasons?

Medical advances are changing the world but the thought of living deaf and blind, Helen Keller excepted, is not a pleasant thought. Even if there was hope that a cure might be forthcoming.

I think that I’m going to have to come down against the Belgium decision at this point. If a person is suffering from terrible pain and wants a physician to aid in their death, that’s more than fine by me. On the other hand, if a person is suffering from emotional trauma, a non-terminal, non-painful disease; then they can and should be allowed to kill themselves. But, they should figure out how to do it themselves. It’s not that hard. Admittedly they might stupidly choose to cross the highway at seventy mph and maim an innocent but I don’t think that’s reason enough to allow doctors to kill anybody that asks.

People get depressed but then overcome that depression. People suffer terrible losses but recover. If you want to kill yourself then go ahead, but don’t ask anyone to do it for you and expect them not to be charged with murder.

It’s a tough one. What does everyone else think?