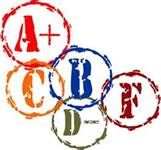 I spotted an interesting story on Yahoo today and I don’t have all the facts so I don’t want to go overboard with my conclusions, but it did strike a nerve with me. I’m a teacher myself and I was a rather poor student at one time. I’ll review the facts of the case first and then tell you what I think.

This young student was a straight A, honor student who had completed all his work and earned a 106% score in the class. I assume this means he did much extra-credit and honors work. This is apparently not in dispute. He had a prior committment and couldn’t attend a scheduled lab for which he was given an excused absence. The teacher and student couldn’t come together for a make-up of the lab. This missed lab apparently dropped his grade from an A+ to a C+. That seems extreme on its own but I’ll take the story at face value until I learn more.

Efforts appear to have been made through the proper channels, the teacher, the administrators, the principal, but no resolution was found and the case is now in the courts.

This whole thing is a disaster from my perspective. It never should have come to this. I can’t make completely accurate judgments because I haven’t heard the teacher or district’s full account of events but I’m going to speculate a little bit and keep in mind I might have to retract later when the story develops further.

A student overly obsessed with his grades who thinks one bad score will destroy his future. There is some truth to the idea that an overall GPA is important in getting into college but there are many other factors and top-level schools do interviews where this case could be explained. I’m not sure he was in any real danger of not getting into his top school choices.

A teacher who enjoys making students dance to puppet strings over the threat of bad grades, particularly when they know the student is obsessed. I’ve known more than one teacher who purposely gave unfair grades to students so they would come begging for changes. Sickening but true.

Let’s assume the worst. The teacher is sadistic and the student is obsessed. At what point does the administration have to step in? When does the adult have to admit to being wrong? I think before it gets to court. The administration did change the grade from a C+ to a B in an effort at reconciliation but it didn’t work.

The teacher is clearly now entrenched in her position. The student and his parents won’t quit until they’ve had a favorable outcome so we end up with a giant mess where no-one really wins. The student comes across as obsessed, the teacher as vindictive. A mess.

If the facts are true as presented I think an administrator needed to step in and insist the boy be allowed to make-up his lab and let his grade reflect that event. I’m not saying give in and grant the student an A+ but let him take the lab. How hard is that? All parties honorably let off the hook.

Give the teacher a stern talking to about such things and let her know that she is being watched. Explain to the student that one grade isn’t going to change his life. Try and settle this thing before it spirals out of control. Too late for that now but, if in the future you see such a situation developing try to intervene before both parties become so entrenched in their positions the only resolution becomes the courts. You could save a lot of heartache.