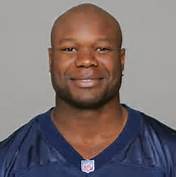 There’s a breaking story in the news today about an athlete accused of robbery. What I want to talk about is not the accusation or the athlete but the assumption of guilt that seems to come along with any accusation.

Apparently Keith Bulluck, a former running back with the Tennessee Titans, was out in the early hours of the morning and got into an altercation with a cab driver.

The cab driver claimed Bullock robbed him of $100. He called the police, led them to wear Bullock was still with friends, and identified him as the thief. Bullock was arrested and posted bond.

Bullock claims he paid for a ride but the driver refused to give services and Bullock took the money back.

What I want to discuss is the tone of the comments section. I consider myself a veteran of comment sections and I think I’m pretty good at spotting trolls. These are comments designed to inflame passionate response. There were a number of these that were blatantly racist but they are not my focus today.

There were also a lot of comments by seemingly rational people talking about another broke athlete. Another thug athlete. The word “thug” is essentially code for criminal black person. Those people assumed him guilty and said so in unabashed terms. While there was a racial element to some of those accusations I wouldn’t say they were predominant. The racial comments were largely trolls.

There were an equal number of comments defending Bullock, primarily made by people from Tennessee where he played his pro career and New York; he played college ball at Syracuse. Most of them were very skeptical of the accusations because of Bullock’s history as a stand-up guy.

What I found most interesting was not necessarily that there were those who immediately attacked Bullock and those that defended him, but the clear delineation of the comments. Those who had bad things to say almost universally assumed guilt. Those who had good things to say suggested waiting until the story was more fully revealed. They expressed skepticism and wanted to know more.

That’s what I found interesting. Those calling for immediate justice were largely uninterested in further facts. Those skeptical of the event wanted more information before they were willing to pass judgment.

I find this desire for more information, this unwillingness to make a final statement, a sign of intelligence. That people who are smart tend to wait before coming to a conclusion. That people who are not smart immediately know they are right and say so without hesitation.

My friend Eric, a very intelligent fellow, once described it as a curious mind. This desire for facts, for more information.

My point today is that we often give credence to those who say things with absolute certainty. Those who yell out their opinions both loudly and repeatedly. I would suggest we listen to those who are less certain. Those willing to withhold judgment. Those seeking more facts, those who examine the other side of the story with an open mind. We might find our world becomes a better place.

Oh, by the way, it turns out the cab driver has made such an accusation before. Has been accused of running a little scam where he takes money from prospective fares and refuses to drive them places claiming he never took any money.

I’m willing to wait until the police finish their investigation to make a final judgment. How about you?

Tom Liberman
Sword and Sorcery fantasy with a Libertarian Ideology
Current Release: The Sword of Water ($2.99, full eBook provided upon payment)
Upcoming Release: The Spear of the Hunt