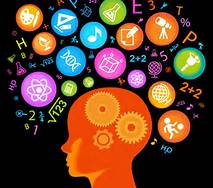 One of the employees at my office was let go today and, as I was discussing events with another employee, an interesting point of discussion arose.

The employee who was fired had what I would call a disorganized mind.

What is a disorganized mind? I think of it as someone who has trouble putting tasks in proper order of importance and who has difficulty stopping doing one thing and focusing on a second thing.

The second employee has what I could classify as an organized mind. I consider this to be someone who can keep track of a series of tasks and get them done largely in order of importance.

I don’t think that an organized mind and an organized desk are necessarily the same thing so I’m not talking about a person with a neat and tidy work area. Just someone with the ability to clearly define what needs to be done, how much time there is to do it, and in what order it should be done.

I consider myself to have a fairly highly organized mind although it does not carry over into my living quarters. Because of this ability to prioritize events, determine the best sequence to complete tasks, and the skill to ration my time appropriately; people with disorganized minds have, over the years, often considered me lazy. It’s a strange concept but it does make sense. To demonstrate let’s go back to the person who was let go.

At one point over the last few weeks she was unable to complete a task because there was “too much to do” and she asked the other person, “What do you do around here?” The idea being that the organized person had time to socialize, have a full hour for lunch, and appear to be calm and under control. Therefore that person must not have much work to do, certainly not as much as the harried, running around, unable to complete tasks person.

Of course the opposite is true. The organized mind completes more tasks, in a timely fashion, and with better results. What is unfortunate is that someone who appears to have plenty of time to do all their work is often branded as lazy or as someone who doesn’t have anything to do.

This has happened to me many times over the course of my business career. I would imagine that it has happened to virtually everyone with an organized mind at least once or twice. This is particularly distressing when the person so judging you is in a superior position within the company.

The hope is that you have a supervisor with an organized mind who understands that you are getting your job done in a timely fashion and doing it well. That this supervisor promotes such people and your business office becomes filled with organized workers.

I think too often we associate a frantic effort with hard work. Frantic effort is generally a product of poor planning. Now, there are times when unexpected emergencies arise and it becomes crazy but I’m talking about a more day-to-day way of going about your business. Even at the craziest of deadlines, with time running out, it is the calm person who can calculate what needs to be done and how long there is to do it that is most productive.

My point here today is to remind people, particularly supervisors, that those employees who appear to be easy-going and casual about their work might be much harder, and better, workers than those dashing hither-and-yon. When evaluating your employees look at the total amount of actual work they do, not how they appear to be doing it.

This is important to the success of your business. As employees succeed, a business succeeds, and in a larger sense, so does a capitalistic system.

For those with a disorganized mind, all is not lost. This is not irreparable. Write tasks down as they come to you and assign a numeric value to them. Keep this list handy and try to complete things in order of importance. If you practice being orderly in your thoughts often enough; you will eventually become so. I certainly wish I had applied this sort of thinking to my schoolwork when I was a boy.

If everyone did their job just a little better, what effect would that have on the world? It’s an interesting idea, at least I think so.