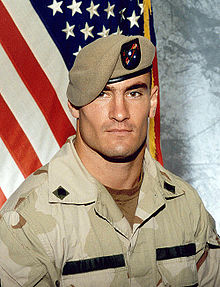 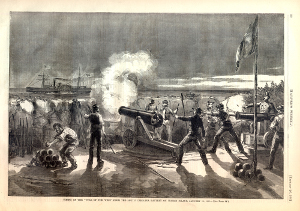 I wanted to look at a serious topic today in regards to the United States soldier who murdered a number of Afghanistan citizens. From what I see there is considerable debate about the usefulness of releasing the name of Staff Sergeant Bales to the general public. It’s been released so the debate is moot but I think it’s important to understand whether or not releasing the name is good idea.

The argument against releasing the name boils down to the idea that the facts of the case have not been adjudicated in a court of law and giving out the soldier’s name puts his family in a terrible position. He is accused of an awful crime and, even if exonerated, he and they are stained by the accusation forever.

The arguments for releasing the name is that, like anyone charged with criminal behavior, their name is publicly available.

The unusual circumstances are that the crime took place in a foreign country by a U.S. soldier. I’m of the opinion that these unusual circumstances make it even more imperative that his name be released. Since the invasion of Iraq in 2003 the military and political supporters of the war seem to have had a propaganda orientated mindset in place to support the war.

The first incident I remember with clarity was that of Jessica Lynch. She was a member of the Quartermaster Corps and when the vehicle in which she rode was attacked she ended up being captured. The military immediately put forth a completely fabricated story about the event. To her credit, when rescued she told the truth.

The next incident that comes to mind is the treatment of prisoners in the Abu Graib prisoner-of-war camp. Beware, there are graphic images through that link. Again, the military did all it could to pretend that nothing was wrong until picture evidence began to emerge and some consequences were eventually doled out. There is some evidence to suggest that the activities were known to and approved by the Secretary of Defense, Donald Rumsfeld.

The incident that is most striking in my mind involved fellow atheist and soldier Pat Tillman. The manner of is death, possible murder, was covered up at the highest levels of the military almost from the moment it happened. His parents were lied to, his platoon mates were ordered to lie, military officials actively blocked investigations, and the truth may never be known.

Now, the reason I mention all these events, which occurred under the President George W. Bush administration, is the effect they have on serving military personnel.

Every time we cover up the truth, no matter how painful, we dishonor all the soldiers who serve with honor and distinction. Every time we sweep our dirty laundry under the bed we encourage the dishonorable to go about their business. We discourage the good people and encourage bad ones. Conversely, when we punish those who commit crimes we encourage all those who serve with honor. This is my point. We must release the name of the wrongdoer to show our wonderful soldiers that we support them. It seems, at first glance, to undermine them but it is actually the opposite. Hiding the blemishes only makes the worst sorts bolder in their behavior and the best more timid.

If we hide the soldier who murdered the civilians we do ourselves, his family, his fellow soldiers, and our country no favors. Let the truth shine as brightly upon our mistakes as upon our successes and our nation will thrive. Those who commit crimes must be punished just as those who do good deeds must be rewarded. That is Libertarianism and personal responsibility.

Let me know what you think about releasing the soldiers name in the poll below and share this article if you think it’s a worthwhile read.