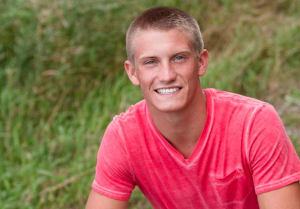 I’ve written in the past about social media and the dangers it presents because our words are forever preserved and a case involving Twitter and a young student suspended from school is making the news in Minnesota. It’s an interesting case from a legal perspective but my take is that it never should have come to what has happened. Read on!

In this case the student, Reid Sagehorn, was subject to anonymous tweets that he had kissed one of the teachers at his school. He responded to this with a tweet reading, “Actually yes.”

Other parents apparently saw this tweet as confirmation of the idea that he was engaged in an illegal sexual relationship with the teacher in question and reported it to the authorities. An investigation ensued. It was determined that there was no such relationship and Reid says his reply was intended to be sarcastic.

The problem is that the teacher in question had her reputation unfairly besmirched and the school had to institute an investigation which took time and resources. Thus they decided to suspend Sagehorn. First for five days and then for ten days. Eventually they even moved towards an expulsion which forced him to enroll in a different school to finish out the year. Now he has filed a lawsuit claiming the school violated his First Amendment right to free speech.

The legality of the suspension is a fairly interesting question in its own right because schools are generally given pretty wide latitude in dealing with speech that causes a disruption in the school. The tweet clearly caused a disruption and just as clearly was not taken as sarcasm even if it was intended as such. I’m of the opinion the school does have the right to suspend and even expel Sagehorn. I’m also of the opinion that doing so was absolute nonsense.

Sagehorn’s tweet was potentially damaging and ill-advised to be certain. The school pretty much had to institute an investigation and I think Sagehorn owes the district and the teacher in particular a big apology. However, that’s where I think things should have stopped. It would have been a good “teachable moment” as we like to say these days. In my opinion punishment should have been a public apology to the assembled students, a private apology to the teacher in question, and a one day suspension. End of story. Move on with the business of educating young Sagehorn and the rest of the students.

Such an approach was not taken and now we are where we are. Sigh.

What do you think? Was the long-term suspension merited? Is this a First Amendment violation?