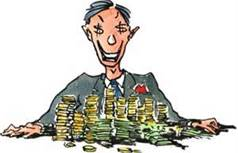 I’m now reading stories that indicate the original information I read was incorrect. The lawsuit does seek to throw-out the penalties claiming that the NCAA overstepped their jurisdiction. There are still parts of the suit seeking to spend the money in Pennsylvania but please take what I wrote below as an honest mistake based on the first stories I read.

If this new information is correct, and I think it is, a hearty of tip of the hat to Pennsylvania Governor Tom Corbett and a heartfelt apology for my original story! Well done, sir.

A news story just came to my attention about the fact that the Governor of Pennsylvania is going to sue the NCAA over the punishment meted out in the Jerry Sandusky child molestation situation at Penn State.

I wrote a blog not that long ago suggesting that the NCAA overstepped their authority in punishing Penn State for a criminal rather than athletic case. So, when I read the headline about the lawsuit I was quite interested. I don’t want to go back over the original crime or why I thought the NCAA’s decision was wrong. If you’re interested in that just click the earlier link and you can read my reasoning. What I do want to talk about is the lawsuit, my reaction to the headline, and my thoughts after reading the entire story.

When I read the headline I was excited by the idea that the governor of Pennsylvania, like me, thought the fines and punishments completely unjustified. I assumed that the governor wanted to rectify the situation by returning a criminal case to the court of law, where it belongs, and out of the jurisdiction of the NCAA. Judging by the first fifteen or so comments I read; the majority of people leapt to that same assumption.

Here’s the deal. The NCAA imposed a $60 million fine on the school. This money was earmarked for programs designed to help educate children and prevent child molestation in the future. Well, the lawsuit is about how that money is to be spent. Of course, I’m not surprised. We don’t care that the NCAA overstepped their legal bounds by imposing a fine for a criminal case over which the NCAA should have no jurisdiction. We’re just pissed that we don’t get a bigger hunk of that $60 million. Sigh.

The heart of the case is that the state of Pennsylvania wants all the money spent in the state. The NCAA has a task-force deciding how to spend that money. Let me guess, paying the task-force tons of money, putting them up in hotels, taking bribes from every organization that wants a piece of that $60 million pie, and otherwise acting normally. The NCAA presidents says at least 25% of the money will be spent in Pennsylvania but the governor thinks that’s not enough. Because he wants his own task-force to make those decisions I’m guessing.

It’s all a big fight over the money. Not anything important like ethics or legality.

Greed. I’m shocked, shocked I tell you. I’ll be absolutely dismayed when I find out how much of the $60 million went into the pockets of friends of the NCAA task-force members. How much went to pay for expenses. How much went for studies.

I’ll just go curl up in ball now. Call me in the morning.