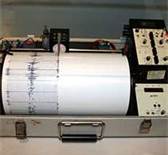 An incredibly interesting and potentially dangerous verdict came down today in Italy. A group of seismologists were charged with failing to correctly predict the 2009 earthquake in L’Aquila in which 309 people died and another 60,000 were left homeless.

The details of the case seem to indicate that the scientists didn’t consider an earthquake to be imminent, despite smaller tremors, and told the local politicians as much. This information was disseminated to the people of the region who then did not evacuate or make quake preparations. Thus, when the earthquake struck, most people were unprepared. The main earthquake was preceded by weeks of smaller quakes which concerned people but the assurances by the government and scientists alleviated these worries.

The seven scientists brought to trial have now been found guilty and sentenced to as many as six years in jail for their crime.

I’m of two minds about both the prosecution and the guilty verdict. Firstly, I don’t doubt that local politicians, tourist boards, and businesses exerted some pressure on the scientist to minimize the threat for fear of lost revenue. I don’t know all the pertinent facts in the case but it seems likely this sort of influence was put forward. If the scientists buckled to this pressure and the evidence actually suggested that a quake was imminent then I’d support both the trial and the verdict, but, to be honest, I’m skeptical this happened.

Again, I’m not naive, I know the scientists were probably under some pressure but the science of earthquake prediction is inexact to say the least and to convict the scientists of manslaughter is a very dangerous precedent. My major issue is that the problem that the verdict hopes to alleviate, scientists not warning people of danger, will actually not be helped in any way.

Let me explain. In the future scientists will err on the side of alarmist predictions to avoid similar prosecution. It is like what we now see with the early Tsunami warning system. An earthquake happens, tsunami warnings shoot out across the region, nothing happens. This sort of Chicken Little event will cause the public to view such warnings with increasing skepticism. This will lead to greater inaction when a real threat approaches.

My conclusion is that both the prosecution and conviction of the seven scientists will mean less safety for the average person and will lead to greater insecurity as scientists blare out warnings too often and citizens begin to disregard them. There will also be over-reaction to the new warnings which will cause lost revenue and other potential harm in panicked populations. And, we’ll be frightening children unnecessarily which is not good.

I would have preferred some sort of internal review of the scientists to see if they unduly bowed to pressure in their conclusions about the likelihood of an earthquake and, if it is determined they did, that some internal sanctions take place.