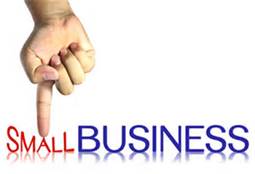 There are a lot of statistics about small businesses in the United States and the majority of them are designed to mislead. Small business in America is on the decline and has been for decades. This is because it’s under assault from very large, or Enterprise, businesses and their allies, the politicians of both parties.

One misleading statistic you will see is that small businesses make up 97% of all businesses in the United States. This number relies on what are called Non-Employer businesses. Those companies that generally have one self-employed person and no payroll. They make up about 75% of all businesses but only contribute 3.4% of business receipts and are essentially a non-factor in the health of the economy.

Small business advocates will spew out this 97% and claim it is the backbone of our economy. It is not.

The definition of a small business is somewhat dependent on receipts and type of business but is generally defined as having less than 250 employees. However, the breakdown by the government creates a group of 100-499. I’ll go with two sets of numbers. As of 2008 small businesses that employ less than 100 people account for about 35% of the total workers in the US. If we use the 499 or less standard that number rises to 49.4% of the total employees. Let’s split the difference and call it 42%.

I think we’re all aware that money influences politics, money gets a politician elected, and politicians pass legislation to help those who fund their campaigns.

With that in mind, examine from where the money comes. It’s not small businesses. Therefore the trend makes sense.

The tax code is heavily biased towards large businesses. The business tax rate is 35% but the real tax rate, that which is actually paid, is 11%. When you factor in that many large businesses pay almost no taxes it is clear that small and medium-sized businesses are the ones paying that 35%, and it’s killing them.

For my friends who vote Republican because they are supposedly small business friendly I have but a single question. Why would any enterprise business want to change the current tax system?

For my friends who vote Democrat because they are supposedly worker friendly; when taxes are raised it only hurts the small businesses who want to provide a decent product and employ people at a decent wage. Enterprise businesses are immune because of their political connections in both parties.

The current system is stacked against small businesses. There are arguments that enterprise businesses bring wealth, cheaper products, more employment, and a better standard of living. This is not erroneous in many respects. I’m not against enterprise business. I’m against a playing field that is unfair. I’m against a Congress that passes laws to help one business at the expense of another. This hurts competition and rots capitalism from the inside.

If an enterprise business succeeds without an unfair advantage, more power to them. I love a hard worker with a great idea who gets rich. It helps everyone.

My point here is that both parties are bought and sold by those with money and that’s called a Plutocracy.

If you choose to vote for Republicans or Democrats that’s your business. Just don’t be fooled by their words. Look at the metrics.