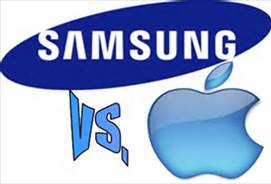 I was astonished to read the headlines that the Obama administration essentially voided a trade panel ruling in the ongoing Apple/Samsung patent wars. Without even reading the stories my immediate reaction was the administration overstepped the separation of powers but I’m learning more and more about this case and my opinion is evolving.

On the other hand there are technical standards that everyone who creates particular device follows so that consumers have a standardized product. Plumbing pipes are a certain size for the kitchen as an example. The owner of such a patent is generally required to sell licenses rather than keep the technology for themselves. Otherwise an entire industry, and consumers, suffer.

Watch this video for a better explanation.

Most countries do not enforce patent claims on Standard Essential Patents although Germany is an exception which is why much of the litigation between Samsung and Apple is taking place in that country.

The ongoing dispute between these two technology companies has descended largely into trying to enforce Essential Standard Patents to prevent a rival from selling their technology. If these sorts of lawsuits are allowed to continue there will undoubtedly be a negative effect on the consumer electronic industry which could easily spread to other industries.

The injunction the Obama administration voided was of this kind. Samsung has a patent on an Essential Standard which Apple used in some of their older models. Samsung insisted that Apple should not be allowed to sell them. The Obama administration decided that this pattern of abuse with Essential Standard patents needed to stop. They stepped in with the hopes that the action will discourage others from filing similar claims.

These injunctions represent a real threat to capitalism and, in a way, freedom. If a large company is allowed to enforce Essential Standard Patents then it inhibits, in a significant way, the ability of others to compete in a free and open market. Companies are attempting to destroy each other in the courts rather than making a superior product.

I’m not completely convinced the Obama administration did the right thing in this case but I’m leaning in that direction. Normally I would suggest that the courts impose fines for lawsuits of this nature but the fines are minuscule compared to the loss an injunction against sales causes. Fines are essentially useless in this fight.

If these sorts of lawsuits stop because of the action then it was the right thing to do. If the suits continue then another remedy must be found.

Still, I learned a lot about this because rather than just leaping to a conclusion I stopped and learned more. Always a good thing.

Tom Liberman
Sword and Sorcery fantasy with a Libertarian Twist
Current Release: The Sword of Water ($2.99 and you can read it on your phone!)
Upcoming Release: The Spear of the Hunt